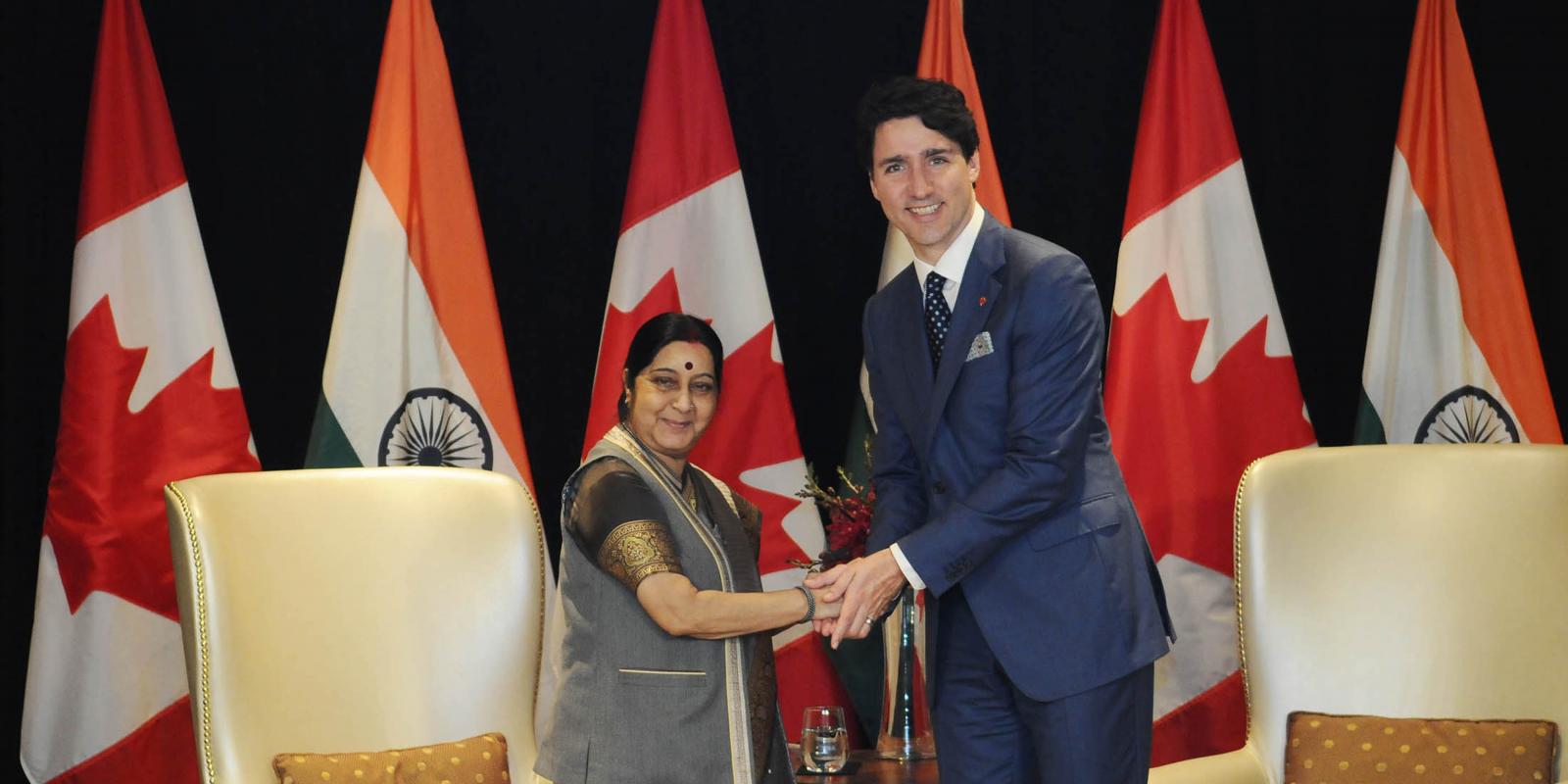 Prime Minister gave a ceremonial welcome to Mr Trudeau and interacted with his family at Rashtrapati Bhavan here.Trudeau reached Rashtrapati Bhawan in the morning and was received by  Modi and other ministers.

Trudeau' s visit has been marred by controversies due to grant of Visa to a former Khalistani terrorist Jaspal Atwal.In a tweet on Thursday, Prime Minister Narendra Modi hoped that the visiting Canadian Prime Minister had an "enjoyable" stay.

On the meeting between  Swaraj and  Trudeau, MEA spokesman Raveesh Kumar said, both the leaders had warm meeting and discussed issues to "strengthen and deepen" the partnership. 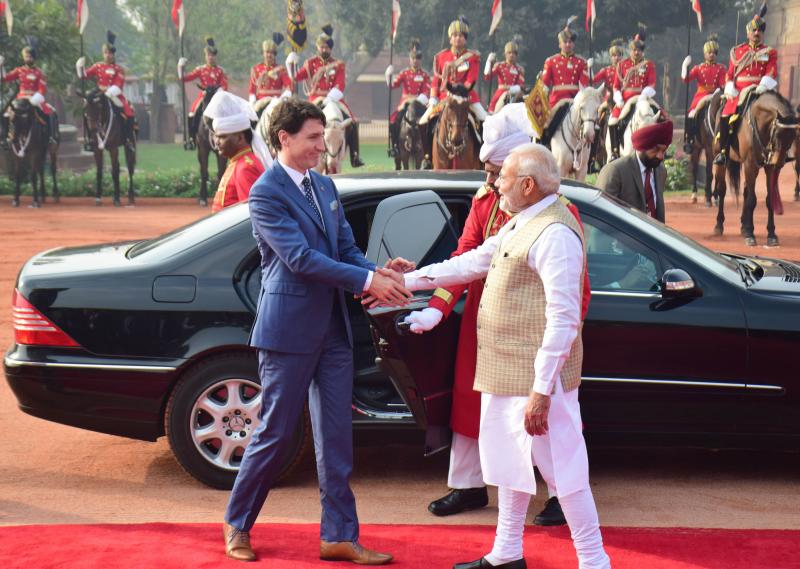 He also said the Canadian authorities have "clarified" that invitation extended to the alleged former Khalistani terrorist Jaspal Atwal for official dinner for Canadian Prime Minister was due to "oversight".

At the briefing on Thursday,  Kumar skirted a direct reply on whether External Affairs Minister Sushma Swaraj raised the issue in her meeting with the Canadian counterpart Chrystia Freeland but said, "all matters of interest" figured in the talks.

"It was a good meeting," he said adding, "they discussed matters on energy, security, people to people contact...basically I can say all matters which are of interest to us came up for discussions".