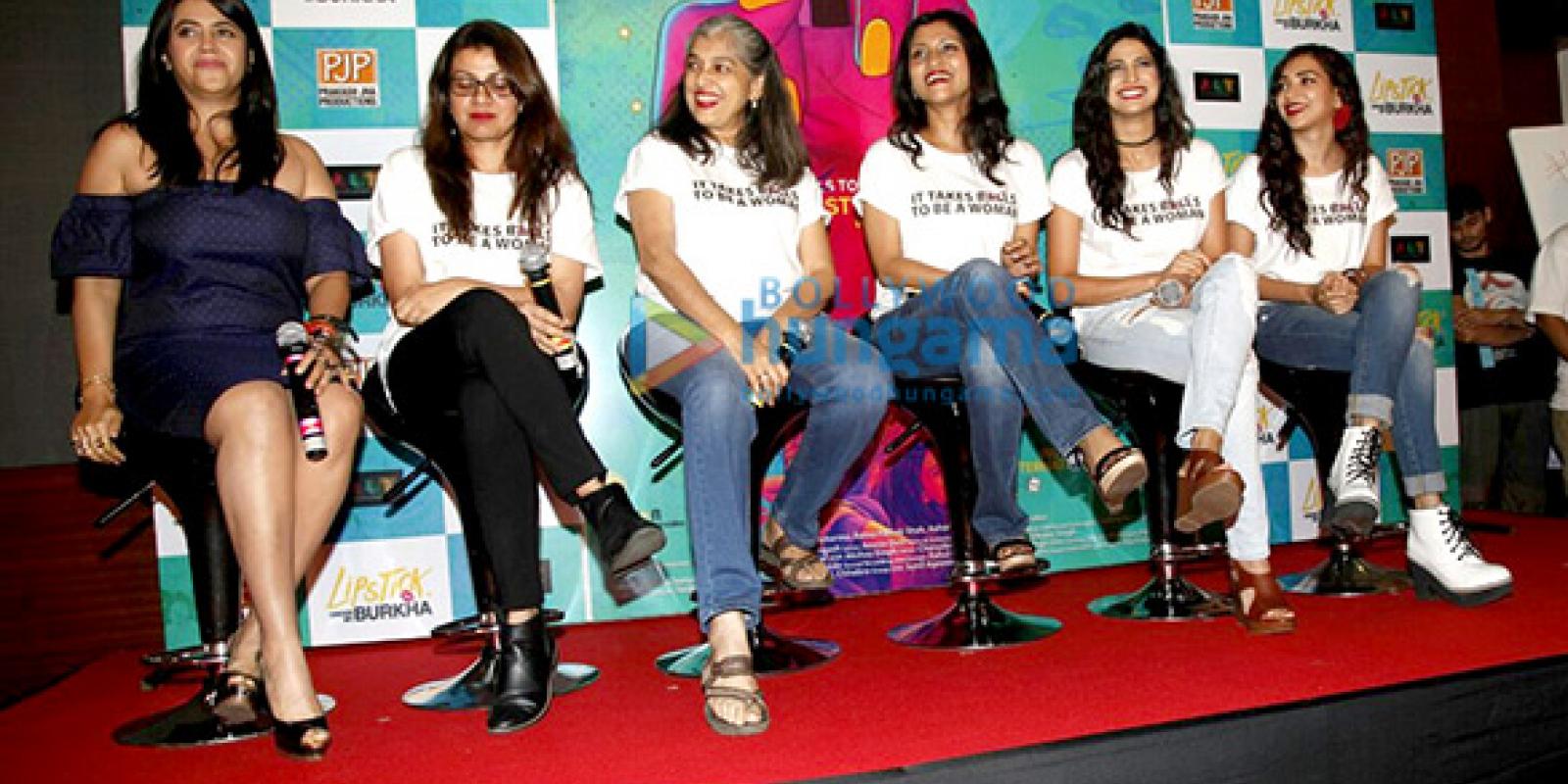 Big stars and blockbusters may not have fared too well in 2017, but the fresh appeal of emerging talent and small town ethos certainly found their place in the sun

“It was the best of times, it was the worst of times”– A Tale of Two Cities

The year 2017 has come and gone, providing a mixed bag for the Hindi film industry. The big films with the bigger superstars tanked at the box-office, while newer, talented actors took centrestage. Small towns took over from Mumbai and Delhi as the source of interesting ideas and even more interesting stories. David Dhawan came back into filmgoers’ lives albeit in a different avatar. The women of Bollywood outshone the testosterone-driven plots of big-time directors. But let’s not get ahead of ourselves; let’s talk about the trends that defined 2017:

Varun Dhawan can dance, Varun Dhawan is a good comedian, but can he act? He did prove his mettle in Sriram Raghavan’s Badlapur but, like a good David Dhawan movie, he realised that what will get him box-office rewards is if he stars in movies that are high on comedy and action and masala, and less on logic. And 2017 gave him what he wanted – Badrinath ki Dulhaniya and Judwa 2 (Varun Dhawan in a double role) with wafer-thin plots, got him the moolah and the credentials to be a bona-fide superstar.

If, towards the end of the year, someone had asked me who would be the real hero of 2017, Rajkummar Rao would hardly have been my name of choice. He is incredibly talented and a versatile actor but till 2017, he had been bracketed in the indie-loving, small-budget actor league. In 2017, he decided to break the mould with a good mix of commercially viable yet plot-centric films. He was seen in six films this year, and excelled in almost all of them. Whether it was his stellar turn in Trapped, or his transformation in Bareilly ki Barfi, his unusual look for Raabta ,or even his small-town boy trying to turn lover, not rakhi brother, in Behen Hogi Teri, he was noticed. But it is in this year’s Newton that he shines, as the idealistic, naïve, stubborn and, yes, even faintly irritating Nutan Kumar a.k.a. Newton who just through his body language holds your attention. In this movie he lets his silence speak more than his words.

It wasn’t gangsters, or superheroes or even romance in the Alps that captured the audience’s attention. In fact, it was the small things like erectile dysfunction, toilets, singles dating online, learning English, elections in the jungle and so on that got moviegoers into the theatre. These were films with actors who were even lesser known than their plots, but it was the unusual subjects, the fresh way they were treated and the small towns they were set in, that almost became characters in the movie, that made them a success. I had not even heard of Mckluskiegunj till I saw Death in the Gunj. Lucknow, Bareilly, Aarah took on lives of their own and positioned themselves solidly on the filmdom map. 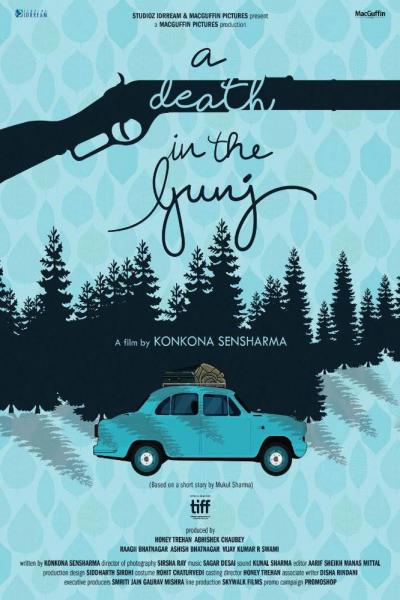 Whether the movies were hits or flops, they showed us that women have more interesting stories to tell, women’s lives are way more complex and women in Bollywood are way more talented than the Khan-led male bastion. The flawed Simran still showed us the prowess of Kangana Ranaut, Tumhari Sulu showed us we need to see Vidya Balan way more often, Lipstick under my Burkha showed us the desires and dreams of ordinary women, Anarkali of Aarah was a rare film on empowerment, Naam Shabana had Tapsee Pannu showing the spunk of Pink, and Zaira Wasim shone in Secret Superstar. Though Noor and Haseena struck a wrong note, it was more about performances than content. Women directors like Konkona Sen Sharma and Alankrita Srivastava also kept woman power going and hopefully, as we have seen over the past few years, this is no longer just a trend but is here to stay!

Rangoon, Jagga Jasoos, Tubelight, Jab Harry met Sejal, Tiger Zinda Hai. Films that had all the big names and bigger expectations, but did not deliver, whether it was SRK or Salman or Ranbir Kapoor. No amount of stardust could make films by even well-known directors like Vishal Bhardwaj, Anurag Basu and Imtiaz Ali shine on the silver screen. To be fair, these films were good in part, but when the expectations are of Rs.100 crore and more, you need all the bare-chest testosterone the big guns can give the audience. And fortunately, estrogen won over testosterone this year.

Old songs going out of tune

Songs from old movies being rehashed for current films has been a trend for some years, but 2017 took beloved classics and turned them into a film-lover’s nightmare. Almost every second film this year had a remix of an old song and none of them worked.

The year started with the “Laila mein Laila” remix in Raees and it turned into more about Sunny Leone’s hip swivels than about the seductive magic of the song. “Humma humma” had none of the innocence of Mani Ratnam’s original and neither did the onscreen pairing of Aditya Roy Kapur and Shraddha Kapoor. Even Tumhari Sulu went a bit awry with the swinging “Hawa Hawaii”. Kabil’s “Haseeno ka deewana” did not hit the right note either. The only one that did work was Judwaa’s “Chalti hai kya 9 se baraa” but then let’s be fair, who takes a hook like “tan tana tan tan tan taara” seriously in 1997 or 2017.

The movie no one watched but which refused to leave the headlines this year: Padmavati kept trending throughout the year, without actually being screened in any theatre. First, it was about the gorgeous costumes, then it was about the sets, then about the film’s posters, but finally it became more about controversy than cinema. Sanjay Leela Bhansali has had a chequered history with movie titles (remember Ram-Leela?) but 2017 was clearly not in his favour. First, the fringe right-wing group, Karni Sena, jumped in, then the UP chief minister, then a variety of politicians and royals, till it looked like the movie would end up in the politics section and not in the entertainment section! The final call taken by the Central Board of Film Certification (CBFC) now is to change the name from Padmavati to Padmavat. Whether it will make an ’I’ota of difference to the film’s fortunes is anybody’s guess.

So here’s looking forward to less controversy, less predictability, less déjà vu in films, and here’s to more inspiring, more interesting movies this year that will make us think, introspect and change, as good movies are wont to do. Wishing you happy viewing in 2018!