Tripura: BJP issues clarion call for change as CPM reiterates its past laurels 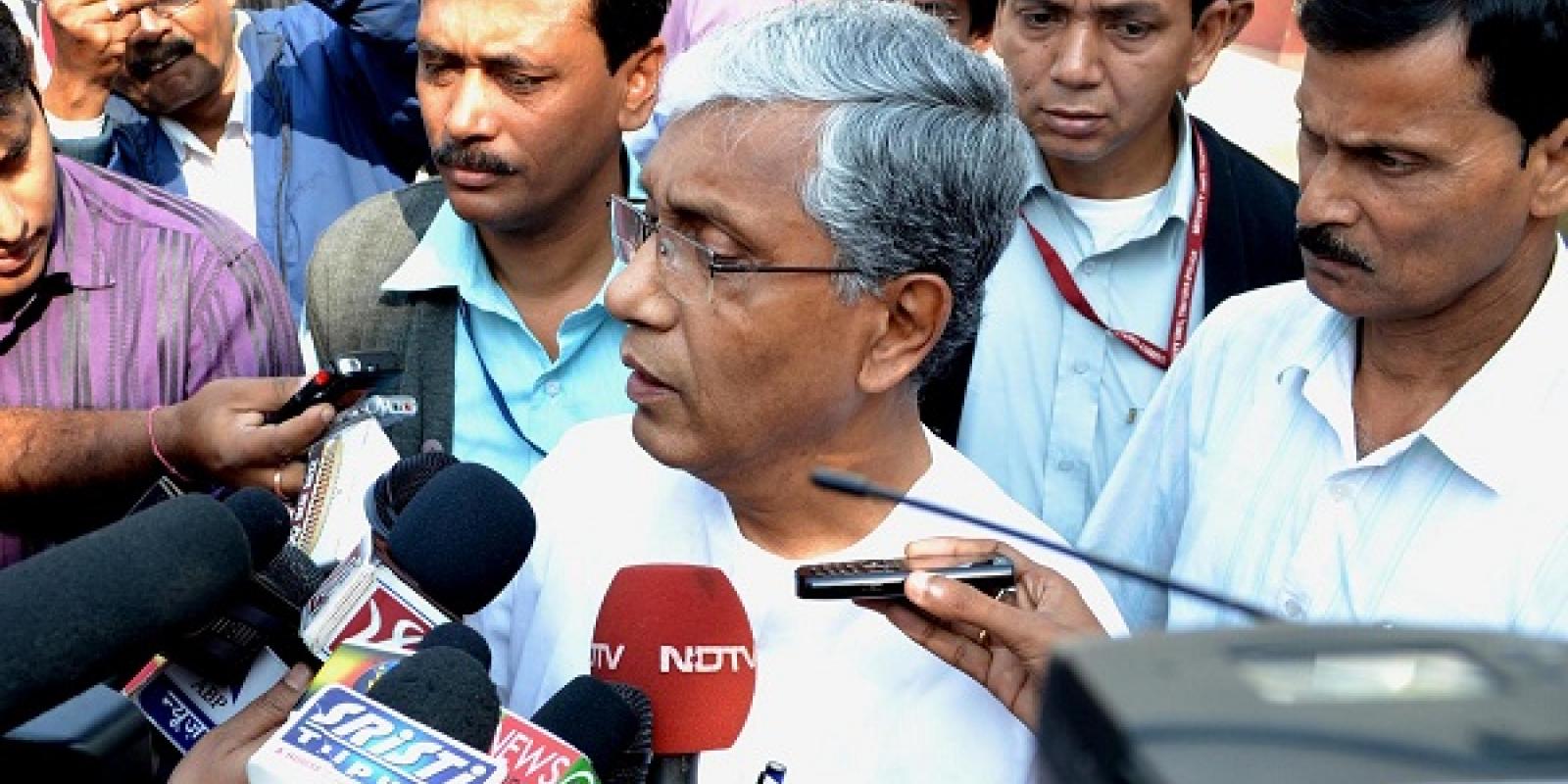 With Assembly polls drawing closer, many feel that while the BJP has intensified its campaign, the CPM has used all of its trump cards too soon

Against the wave of the high voltage, galaxy campaign by the BJP for the upcoming Tripura Assembly polls, CPM’s Manik Sarkar, the 4th term Chief Minister of the state, appears to be standing tall as the sentinel of the Left brigade and toiling hard from morning to night attending rallies across the state.

The CPM was little ahead in the campaign initially and used all of its trump cards much before the poll schedule was announced. The party had brought in all of the top Communist leaders to hold a rally on December 31 last year and launch its election campaign.

However, the BJP did not start its election campaign in full swing until the nomination process was over on February 1.

Both the CPM and BJP have been able to pull huge crowds at election rallies and gatherings, which has made both the parties believe in their victory.

In the next four days, the BJP is scheduled to have at least 40 more public meetings, rallies and road shows by star campaigners like Modi, Shah and Uttar Pradesh Chief Minister Yogi Adityanath. To match the flair and intensity of the BJP’s campaign, the Congress has planned a rally by president Rahul Gandhi at Kailashahar, followed by a road show in Agartala on February 16.

Top Congress leaders like CP Joshi, V Narayanswami, Tarun Gogoi and Susmita Dev have also addressed more than 30 rallies so far in favour of Congress candidates. The Trinamool Congress, which is considered to be the minor force in this election and is contesting 24 seats directly and 16 seats with tribal-based INPT and NCT, brought Tollyhood stars Dev and Soham for road shows.

On the other hand, the incumbent CM and captain of the ruling party who is assisted by Brinda Karat, has taken all the responsibility to complete the whirlwind campaigns across the state. CPM national leaders like Sitaram Yechury, Prakash Karat and Biman Bose have already addressed a few rallies but their return to the state for participating in the last phase of the campaign seems unlikely.

Both the CPM and BJP have been able to pull huge crowds at election rallies and gatherings, which has made both the parties believe in their victory. Though the rallies of Manik Sarkar in North Tripura did not draw a huge crowd, the rallies in South and West Tripura were attended by a convincing number of people with the slogan of Pratyabartan (to bring back) against the wave of BJP’s Chalo Paltai (let’s change).

While a bunch of promises by the BJP in its vision document for employees, youths, poor and commoners created a hype about change, the ruling Left front could not assure anything convincing for the voters in its manifesto, except reiterating the old phrases about peace, harmony and development and criticising the BJP-IPFT alliance as unholy and dangerous for the democratic ambience of the state.

The most critical issues like creation of employment opportunities, bringing in investment in the industry sector, improvement of healthcare service and education, alternative livelihood of 10,323 terminated school teachers and the infrastructure development were completely untouched in the Left front’s poll manifesto, whereas the BJP’s manifesto h specific assurances that made their campaign look more focussed.

(With inputs from UNI)