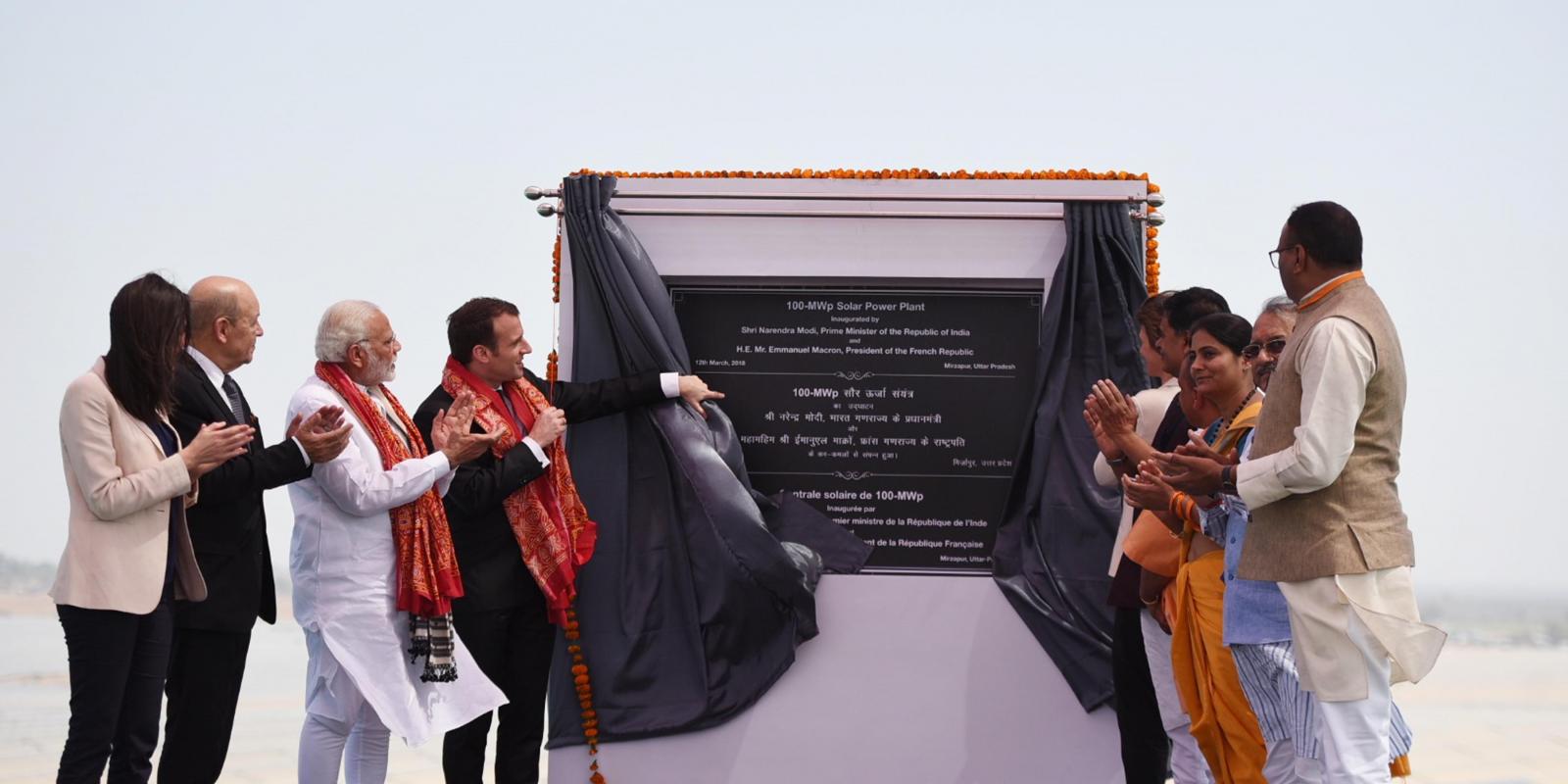 French President Emmanuel Macron and Prime Minister Narendra Modi jointly inaugurated the state's biggest solar power plant in the rugged Mirzapur district of Uttar Pradesh on Monday.
Uttar Pradesh Chief Minister Yogi Adityanath, Union Minister Anupriya Patel and R K Singh along with UP Alternative Energy Minister Brajesh Pathak and Finance Minister Rajesh Agarwal were present during a brief inaugural function of French President.
During their around 25 minutes stay, both Macron and Modi, went around the area to look closely on the project. However, no one spoke from the dais during the function.
The biggest solar power plant in UP at Dadar Kalan village of Chhanvey block in Mirzapur will have a capacity of 75 megawatt and will cater power to the nearby areas.Built at a cost of around Rs 800 crores by a French company ENGIE, the solar plant is located on the hilly terrains of Dadar Kalan village in Mirzapur. The hilly slopes of the village were full of shrubs and thorny vegetation when work started for setting up the solar power plant.In around 18 months, the hilly terrain of the Vindhya ranges has 1,18,600 numbers of solar panels in 388 acres.
The solar power plant would produce 75 MW of electricity. The power would be transmitted to Jigna substation of Mirzapur range of UP Power Corporation Ltd. annually, the plant would produce 15.6 crore units of electricity that is 1.30 crores units per month.
A work force of around 800 persons has constructed the plant. Around 50 persons would be looking after the maintenance of the plant.The solar panels have been tested and was immediately energized after French President and Indian PM pressed the button and dedicate the facility to the nation.
UNI