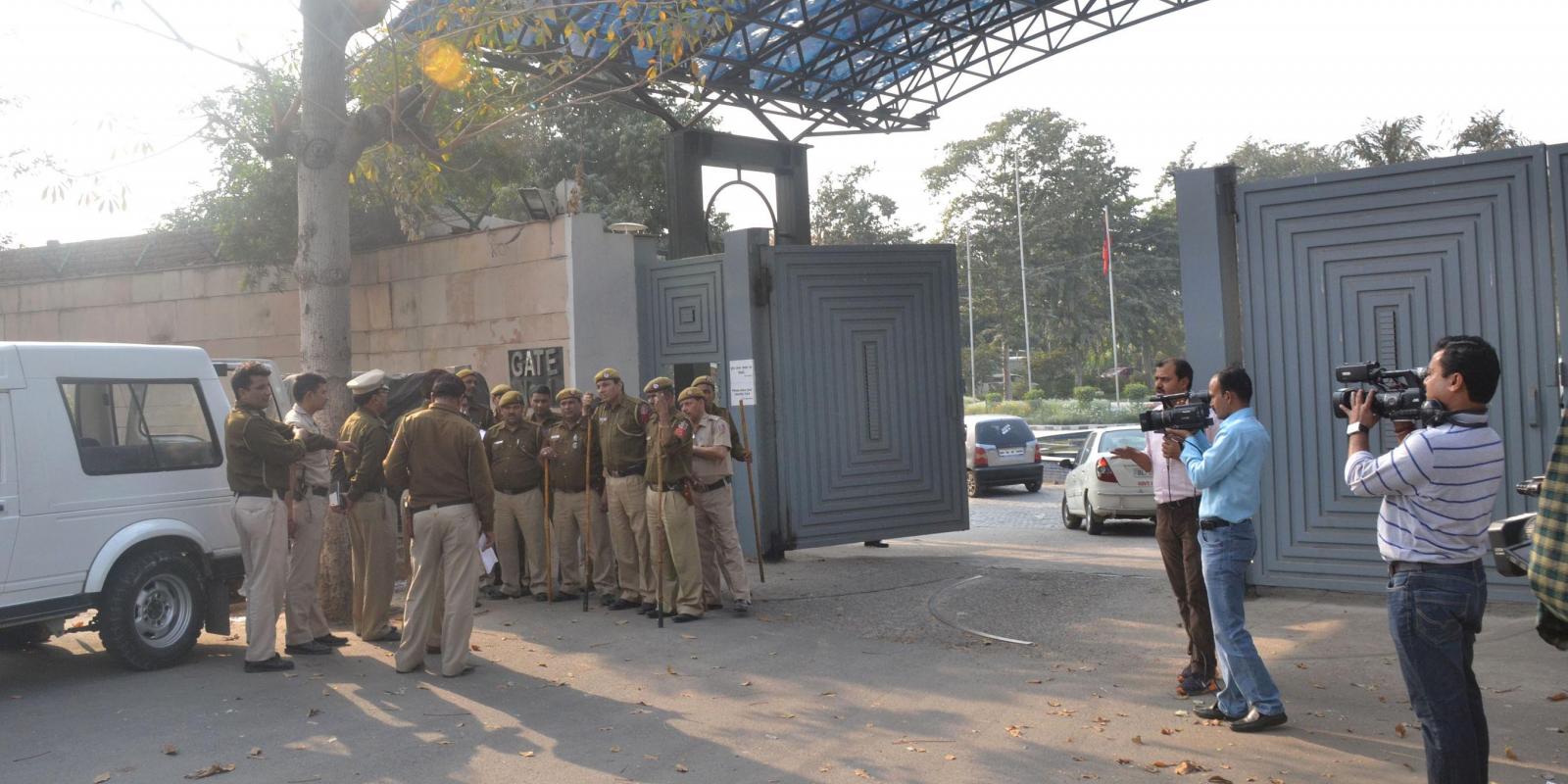 The first part of this four-part series traces the beginning of theatre in Tihar Jail and the response it received from prisoners.

Tihar’s first-ever Drama Club in Jail No.3, where I was lodged, had started with a mere group of four, two of whom I knew from my first phase of incarceration back in 2015. Two joined in from the IGNOU ward where classes were held. The IGNOU ward in Jail No.3 is dedicated to education and creative pursuits: music classes, computer classes, occasional English classes and a Hero Honda training workshop were already in existence when I arrived there after my conviction. That is also where the library was.

Every convict who is assigned rigorous imprisonment has to do what in Tihar is called mashaqqat. You might remember qaid-e bamashaqqat from our films where it is often shown to be consisting of breaking stones. The reality is a little more prosaic though no less tortuous for that. Some work in the langar i.e. the kitchen, some as clerks in offices, some as teachers, some as monitors or ward munshis and some in the various panjas, i.e. departments, such as nai panja, bijli panja, akhbar panja or jharu panja. In common with the other jails around the world, Tihar employs no labour from outside and almost all the menial and clerical work is done by inmates. The then Superintendent of the jail was familiar with some of my work so he suggested that my mashaqqat be assigned to the IGNOU ward and agreed readily when I suggested that I start a drama class there. Most members who joined the class were undertrials who had no experience of stage whatsoever and it wasn’t easy to get them to come to class. Often their court dates or family mulaqats (meetings) came in the way, as often their ward in-charges were recalcitrant. In Tihar, it is not easy to step out of your ward, you have to have a permission letter duly signed by the Assistant Superintendent and the Deputy Superintendent. And in case you want to be at large when the jail is shutdown at 11.30 am, then you need a khuli ginti ka parcha which has to be signed by the Superintendent. There was a further problem of the mid-day meal which is sent to the respective wards by about 9.30 am. It took some doing to convince the authorities to send the lunch to the class. But it would be many months before the Munshis and the lower bureaucracy came around to giving the Drama class the status of a serious activity.

Since most of the people I was working with were either illiterate or only functionally literate, I started with some very simple practices. I would start the day with an elaborate prarthna (prayer) session. For understandable reasons, the great Iqbal’s poem Parinde  ki  Fariyad, ostensibly a lament by a captured bird but allegorically about India’s colonisation, was a big hit from the word go. As was his other great tarana, a school prayer for over a hundred years in North India: Lab pe aati hai dua ban ke tamanna meri/ Zindagi shama ki surat ho khudaya meri. None of us were any good at singing but full-throated renditions of the aspiration to be a lamp in an area of deep darkness brought us much joy. Later, I included many more songs and snippets in that prarthna, including the Gayatri Mantra, Hanuman Chalisa, Jayasi’s Padmavat, Ghalib, Faiz, Irfan Siddiqi and sundry other poets. But our top favourites always were Shailendra’s great revolutionary song Tu Zinda Hai to zindagi ki jeet par yaqeen kar and the late Khursheed Anwar’s moving Urdu translation of the Gayatri Mantra which has a stirring line — Hain tere aab-o tab se bakhshish gunahon ki mere. Naturally, they filled us with hope.

I then introduced some basic theatre workshop exercises. An exercise that everybody loved was a meditative journey back home. I would ask the inmates to close their eyes and gradually lead them out of the class and urge them to use their imagination to exit jail step by tiny step — out of the gates, onto a bus, into your lane, into your house, into your kitchen, linger over making a cup of tea, serve it to the person you love the most. Many of us had tears in our eyes by the time we finished. Some of the people I later worked with had not stepped out of prison for years altogether and they found this exercise deeply therapeutic. After prarthna, I would give them improvisation exercises, often related to their case and arrest. This led to improvisations on everyday situations in jail. Both proved cathartic. They derived a release from enacting tyrannical authority figures, whether officials or inmates.

A month into the class when the class strength had increased to about 10, I decided to do my first play. I chose Munshi Premchand’s short story Nasha because it contained a ‘message,’ a sine qua non of any artistic pursuit in prisons. I wrote in characters and improvised situations into the story which would make it more entertaining, such as a long canteen scene, hostel and college sequences and a few songs. Since many could not read, we worked without a script and people learnt their lines scene by scene. I wanted to keep it low key so instead of doing a big performance for the entire jail I decided to take the play ward by ward.

Initially, we performed on makeshift stages without mikes, curtains or wings. Sometimes the reception was enthusiastic and raucous, sometimes inmates would laugh it off. Sometimes it was difficult to gather people. But overall the reception gave us heart. We got a big boost when a shorter version of it was shown as part of a cultural program for a countrywide Prisons Director Generals meet at Tihar.

Read the other parts of this series:
Part 2: Setting the stage in Tihar