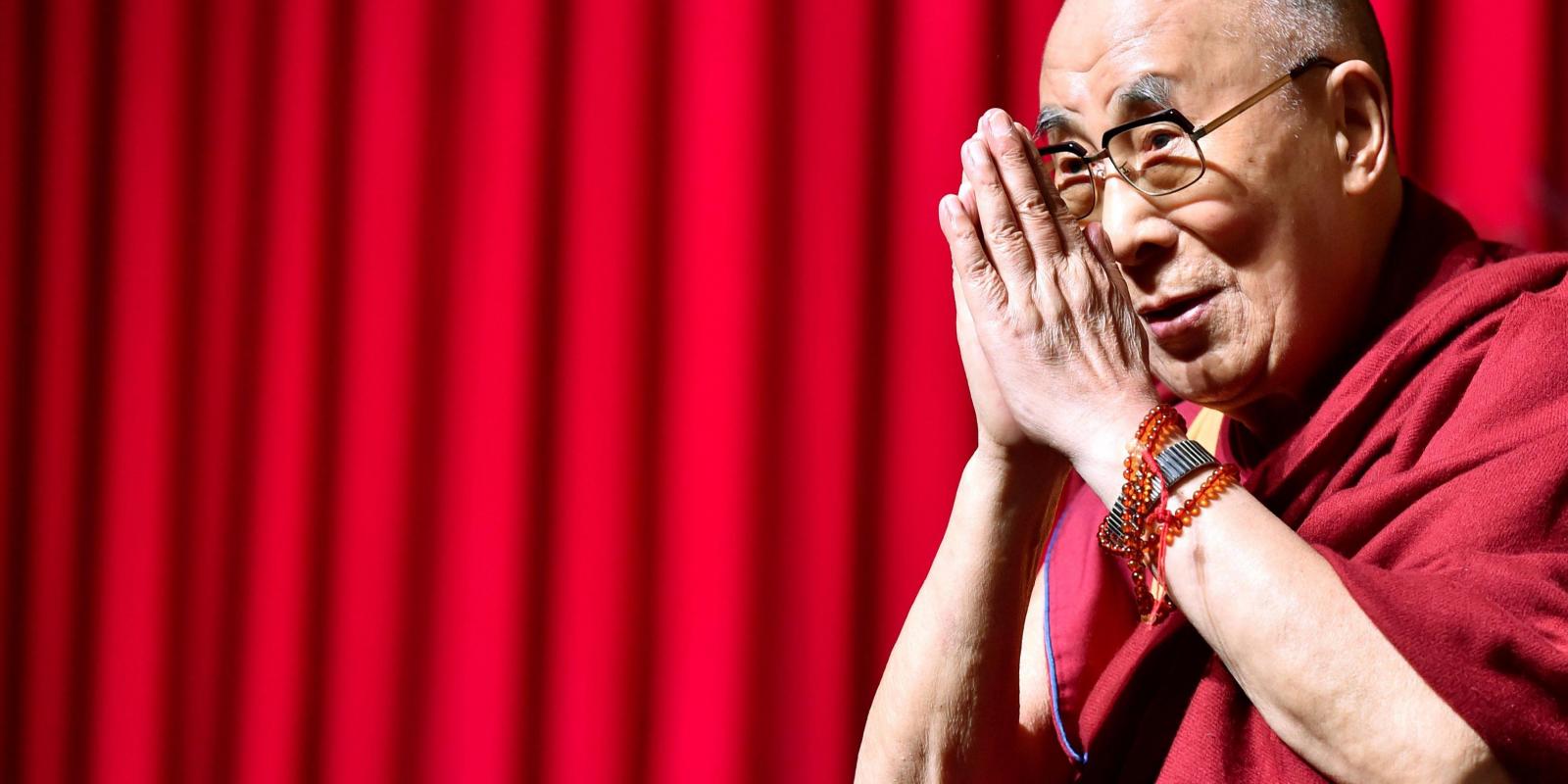 As India re-evaluates its stance and toes a new line on China, it must pause to reflect on the possible outcome

Long before Foreign Secretary Vijay Gokhale sent out a classified circular to different arms of the State to not accept any invite from the Dalai Lama’s set-up to celebrate 60 years of exile in India, it had become amply clear to many China watchers that the Tibetan Buddhist leader and his movement for an autonomous Tibet could become a casualty of New Delhi’s attempt to reduce tension with Beijing.

Gokhale sent the document to the Cabinet Secretary on the day he was travelling to Beijing to explore future talks between the two nations. It was around this time that India decided to drop its opposition to China’s candidacy for the Vice-President’s position in the Financial Action Task Force (FATF). The US holds the chair of this august body. In lieu, China struck a body blow to Pakistan by abandoning it in FATF. Pakistani media was taken aback by what it called an act of betrayal by the Chinese. Some wondered whether Beijing could be trusted as it could sell the relationship with Islamabad to the highest bidder.

It is unclear whether the support to China in FATF was linked to the Indian government cooling its ardour for the Dalai Lama and his movement, but what is known is that what is being witnessed now is the outcome of the exertions of Gokhale in Beijing and the Government of India’s renewed efforts to lower its confrontative stance with China — not just in the Doklam plateau in Tibet, but in other theatres too! To achieve this objective before the upcoming Shanghai Cooperation meeting where Prime Minister Narendra Modi and Chinese President Xi Jinping could meet, the Indian government seems to be responding to the sensitivities regarding the Dalai Lama and the Buddhist exiled community.

In lieu, China struck a body blow to Pakistan by abandoning it in FATF. Pakistani media was taken aback by what it called an act of betrayal by the Chinese.

There are more than 100,000 Tibetan Buddhists living in exile in India in Dharamsala and a settlement near Bengaluru. Their presence is a constant reminder to the world and the Chinese government of the circumstances in which they were forced to leave their Himalayan homeland. In 1959, Chinese troops occupied Lhasa, compelling a young Dalai Lama, then 23 years old, accompanied by 80,000 supporters, to seek asylum in India. The Chinese have called the Tibetan Buddhists and their venerated leader, the Dalai Lama, “splittist” and an enemy of the State. They have methodically gone about diminishing and de-legitimising the Tibetan Buddhists everywhere. All these years the Chinese have been routinely conveying their strong resentment towards any country or organisation that extends hospitality to the exiled leader.

In the past, countries never paid much attention to Beijing’s gripe, but now it is a different story. With the economic rise of China, nations, including the US, are more willing to respect its sensitivities. Former US President Barack Obama received the Buddhist leader through the back door of the White House. South Africa cancelled his visit after China put pressure on Pretoria. There are very few world leaders who meet the Dalai Lama now.

The Chinese have called the Tibetan Buddhists and their venerated leader, the Dalai Lama, “splittist” and an enemy of the State.

Expectedly, the Indian Foreign Secretary, in his letter, mentioned the Chinese sensitivities and how Indian officials should stay away from any event organised by the exiled Tibetans. This is not the first time India has pandered to Chinese wishes, but it goes contrary to the trenchant recalcitrance that the Modi government displayed in the past.

Dancing with the Dragon

When it refused to attend and become a member of the Belt and Road Initiative conference (BRI) last year, claiming it undermined the national sovereignty of participating countries, India had built its profile as the only country in Asia to stand up to Chinese enlargement. Later, its troops had an eyeball-to-eyeball confrontation with Chinese soldiers in a third, albeit occupied, country (Tibet). After showing resistance to Chinese big power ambitions in the region, it is interesting how New Delhi has had a rethink on its policy to the extent that it is willing to give up the political and strategic leverage it has over Beijing.

The strategic community in Delhi has been wondering what China will give in return for not pursuing a policy that has upset and embarrassed them all these years. Besides increased investment in India’s cash-strapped economy, the options range from settling the border dispute on an as is where is basis — which means preserving the territorial status quo — and also offering to realign the China-Pakistan Economic Corridor (CPEC) to accommodate Indian sensitivities. There is lack of clarity about what is likely to be discussed between the two Asian giants who fought a war in 1962, but what is clear is that the summit will reset ties between a resurgent Xi and a defensive Modi.

China would be negotiating from a position of strength as in the past couple of years, it has eaten into India’s arc of influence in South Asia. Earlier, China stayed away from interfering in India’s neighbourhood but in the last few years it has aggressively moved to build ports, roads and railway networks to give meaning to its connectivity project. India has resented this enlargement and cautioned its neighbours that these large loans extended at high interest rates could compromise the sovereignty of recipient countries. The manner in which Sri Lanka lost the ownership of its Hambantota port after it failed to repay its debt is cited as an example by India of the fate that lies ahead for those who are lured by Chinese promises. India’s persuasions have not worked as even Afghanistan is considering joining the CPEC.

Even in terms of dealing with the Dalai Lama and the Tibetan Buddhist movement in India, China has not done too badly. It has succeeded in creating a wedge in the exiled community with a vocal group asking questions about the fate of the movement. In November last year, the Dalai Lama had sent his close associate, Samdong Rinpoche, to China. His trip fuelled serious speculation about the Dalai Lama’s future plans and whether he was planning to return to Tibet after 60 years. Sources close to him deny this possibility but agree that the exiled community has reached a dead end when it comes to pursuing the demand for autonomy from China. Since the Dalai Lama mythically walked through the clouds in Tibet to reach India’s Dharamsala, China has become a world power with no inhibitions about its territorial ambitions. Tibetans living in India, who were persecuted when they returned to their homeland, are finding life easier there. And the Chinese government is taking pains to convey this message. More and more Tibetans are getting visas to return to China. There is worry among the leadership of the exiled community that if their numbers dwindle in India then the movement would lose meaning. Besides, there are many who have adopted Indian citizenship. What needs to be seen is in which direction India-China relations are heading and whether Tibetan Buddhism’s opposition to China survives in its present form.

Besides increased investment in India’s cash-strapped economy, the options range from settling the border dispute on an as is where is basis — which means preserving the territorial status quo — and also offering to realign the China-Pakistan Economic Corridor (CPEC) to accommodate Indian sensitivities.

Tibetan Buddhism has found a congenial environment in India. Indian Buddhism, too, was identified with the Tibetan version of the faith. Ever since the BJP government came to power, there was an attempt to use Buddhism as a cultural counterpoint to the Chinese enlargement in our neighbourhood and other parts of Asia. On the face of it, it seemed a formidable strategy as Buddhism is spreading quite rapidly in mainland China too and seems to have the kernel for building a political counterpoint. In Sri Lanka, Myanmar and elsewhere, Buddhist monks were at the vanguard of the opposition to the Chinese enlargement. In Sri Lanka, the opposition to the government’s decision to hand over Hambantota Port to the Chinese on a 99-year lease has come from the Buddhist clergy. In other places, too, similar resistance is being put up against Chinese expansion.

From this standpoint, India’s altered stance is disquieting for the strategic community. It is being questioned whether China can actually abandon its strategic objectives or shoehorn the goals of BRI to fit Indian interests. China’s ambassador to India had offered to change the CPEC route from Gwadar to Kashgar. New Delhi has claimed that the economic corridor goes through an area it considers “disputed”. China, which prides itself on being on the right side of international law, seems to have bungled when it devised the 3,200-km route. After the Chinese offered Afghanistan participation in CPEC, the advice Kabul got, despite its strong reservations about Pakistan, was to explore all possibilities. Though a lot of water has flowed since the project was conceived, the Afghan proposal was to route CPEC through a Central Asia road network.

It is unlikely China would abandon ally Pakistan to mollify an angry India or ambivalent Afghanistan. For Pakistan, CPEC and the colossal investment that sustains it could prove to be transformative for its economy and society. Its economic transformation could pose its own challenges for India, but that is another issue. Similarly, why should China give up its growing influence over Nepal or the Maldives? No one has a clue whether closer ties would make Beijing pull back from Nepal, Sri Lanka or the Maldives. Xi, after getting a life term as president, has promised that more countries will be included in BRI. No one really thinks China would give in to India’s persuasion; in fact, New Delhi has to worry not just about what is being done in our neighbourhood but also about the creeping encroachment on our territory. There is plenty of evidence on the ground to prove that Chinese presence in Ladakh or in Arunachal Pradesh is far closer than it was some years ago. Many Tibetans who rear yaks who normally graze in pastures for months before they return to their homes are finding to their mortification that their animals end up in Chinese territory, as the latter are closer now. Due to this, many of these Tibetans have given up
rearing yaks.

New Delhi has claimed that the economic corridor goes through an area it considers “disputed”. China, which prides itself on being on the right side of international law, seems to have bungled when it devised the 3,200-km route.

The Indian government has been in denial about China’s creeping expansion. A senior Jammu and Kashmir bureaucrat claimed that whenever tribals living in the higher reaches have reported on Chinese ingresses, they have been beaten up by the authorities. There is a reluctance to own up that the Chinese have occupied our territory. In 2013, former Foreign Secretary Shyam Saran, on the persuasion of then PM Manmohan Singh, had found that China had taken over 640 km of territory. Except for a lot of noise in Parliament, there is no follow-up report that India managed to get the land vacated. For local people in Ladakh, there have been no declamations from officials about where the Chinese are — they are right there.

India has to find ways to deal with its giant neighbour’s fondness for real estate. Would settling the contentious borders or preserving strategic leverage like the Tibetan Buddhist movement be a starting point? At the moment, India is suffering in this miasma of confusion of what serves its best interests. 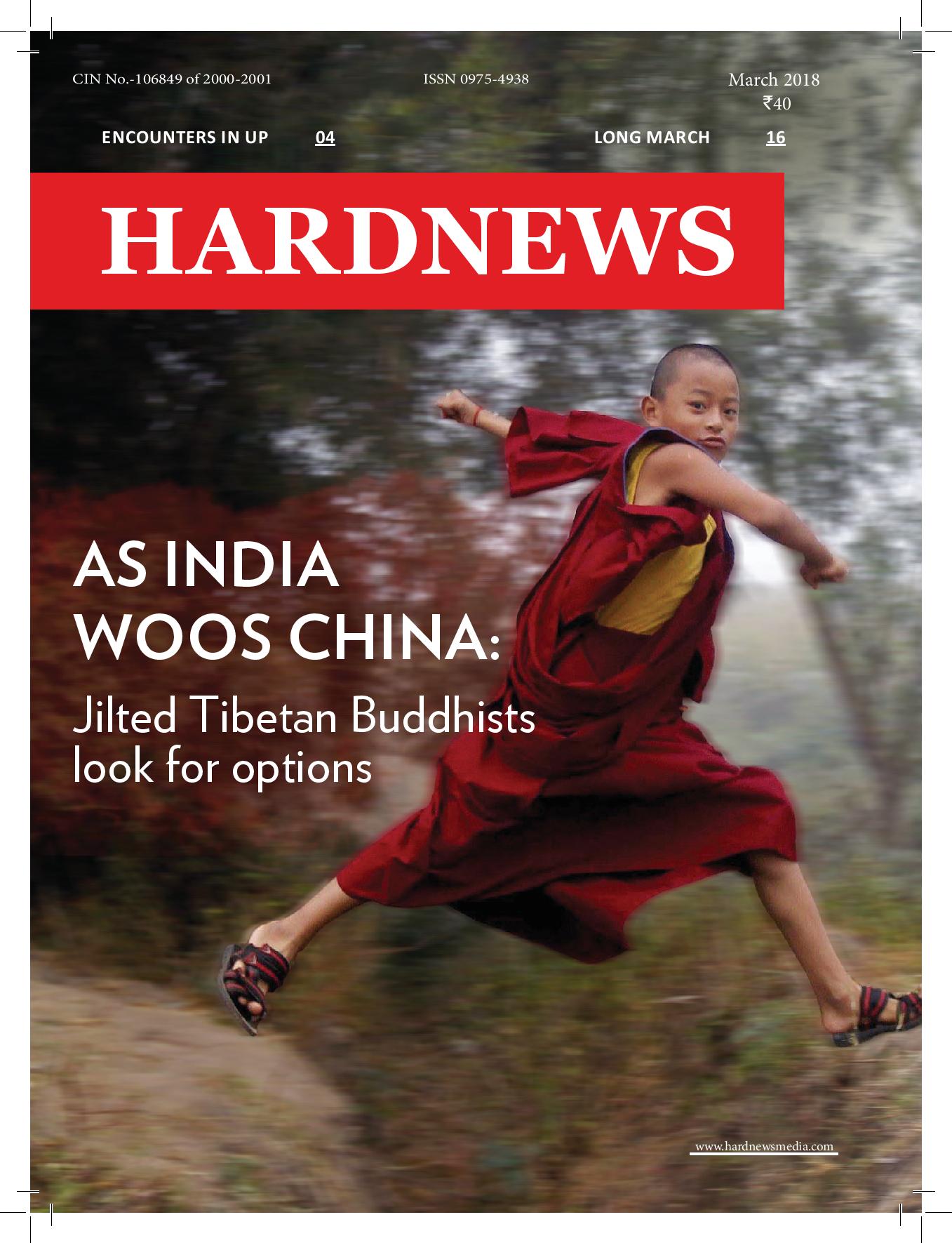