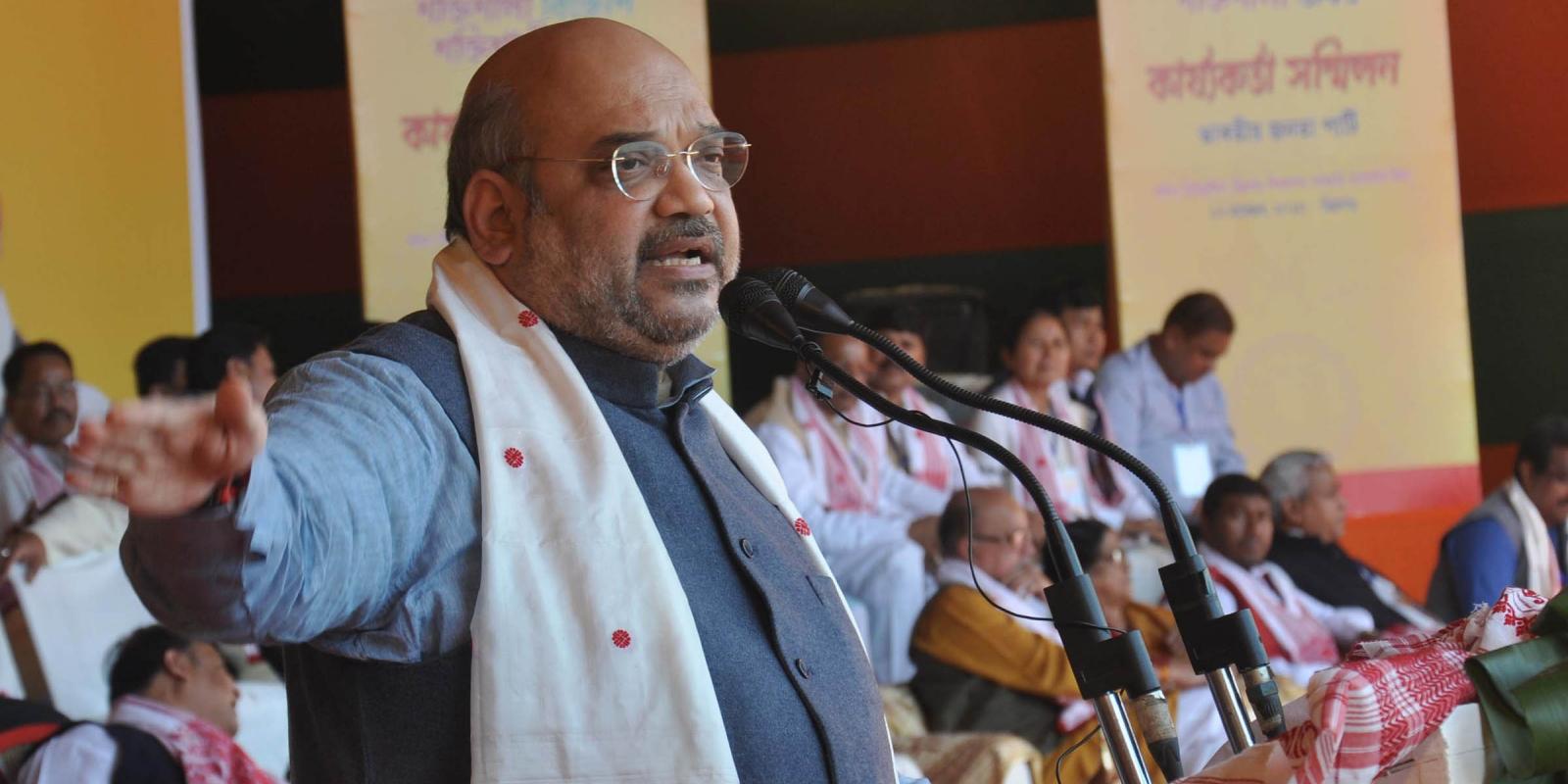 Hours after reports surfaced about statutes being vandalised in Tripura, Tamil Nadu and West Bengal, Prime Minister Narendra Modi condemned these incidents in stern words and assured that strict action will be taken against the perpetrators in a statement released by his office. Home Minister Rajnath Singh also said that the Prime Minister had spoken to him and had “expressed strong disapproval of such incidents.”

In a series of tweets, BJP president Amit Shah asserted that the party firmly “believes” that a wide range of ideas and ideologies can coexist in India and cautioned party workers against violence or “destruction” of any statue.

Any person associated with such acts will face severe action from the party, Shah said on Twitter. “The recent issue on destroying of statues is extremely unfortunate. We, as a party, do not support the bringing down of anybody’s statue,” he wrote in the micro blogging site.

“As a party, we in the BJP believe that a wide range of ideas and ideologies can coexist in India. This is exactly how the makers of our Constitution envisioned our great nation to be. India’s diversity and the vibrant spirit of debate and discussion is what strengthens us,” Shah wrote in a series of tweets.

He made it categorically clear: “The BJP will always remain committed to ideals of openness and constructive politics through which we can positively impact people’s lives as well as build a New India.”

The BJP chief also disclosed that he has spoken to the party units in both Tamil Nadu and Tripura.

“Our main aim is to bring a transformative change in the lives of the people. We are humbled by the fact that our ethos and work has endeared us to people all across India and our alliance is serving in over 20 states as a part of the government,” he wrote.

However, even as BJP’s top rung issued statements condemning the vandalisation of statues, several leaders within the fold, like Subramanian Swamy and Ram Madhav, had condoned these acts. Swamy told a news wire in an interview, “Lenin was a foreigner. He was, in a way, a terrorist because the number of people he killed there (in Russia) after imposing dictatorship there. And (you) want statue of such a person erected in our country?” Madhav, on the other hand, had taken to Twitter to defend the razing of Lenin’s statue in Tripura, saying, “People taking down Lenin’s statue ... not in Russia; it is in Tripura. ‘Chalo Paltai' (sic).”

In Tripura, a statue of Lenin was allegedly brought down by BJP workers on Monday as they celebrated their party’s victory in the Assembly elections, the statue of Dravidian icon and social reformer EVR Ramasamy, popularly known as Periyar, was vandalised by two persons at a municipal corporation office in Tamil Nadu’s Vellore on Wednesday. This happened just hours after BJP leader H Raja had threatened to pull down the statue of Periyar in a Facebook post that came after Lenin’s statue was bulldozed in Tripura. News also came in from West Bengal that a bust of Bharatiya Jana Sangh founder Shyama Prasad Mukherjee had been vandalised in Kolkata’s Kalighat on Wednesday morning.

Both the houses were adjourned over the several incidents reported from different parts of the country. The episodes were met with harsh criticism from the Opposition too, with CPM chief Sitaram Yechury leading the charge and urging all democratic and secular forces of the country to come together against the “fascist onslaught” of the saffron regime.