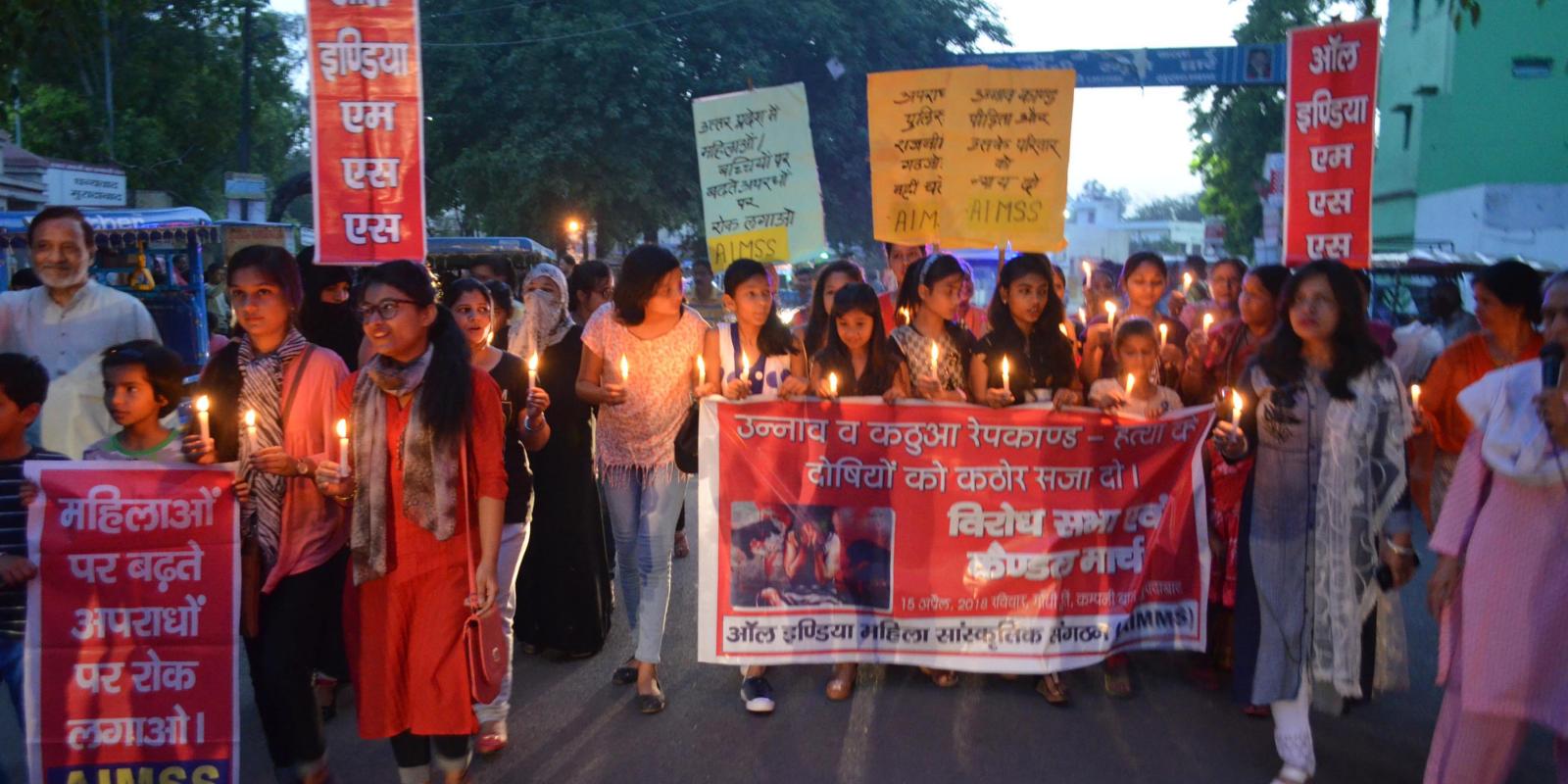 One of the accused in the Kathua gangrape on Monday demanded from the court a narco-test for all those accused in the rape and murder of an eight-year-old girl from the Bakarwal community. However, the Chief Judicial Magistrate has postponed the next hearing of the case to April 28, court sources here told UNI. They also said that the court has directed that copies of the chargesheet be provided to all the accused.

The alleged conspirator, Sanji Ram, while speaking to the media outside the court, asked for a narco-test of all the accused persons. “We are ready for narco tests,” he said adding, “I have faith in God and he will do justice.” However, Sanji Ram’s daughter said that only a CBI enquiry could determine who is guilty.

“There was no rape, only murder,” she claimed and said that hang them if they are guilty. The family has also blamed the media for influencing the investigation.

The rape and murder case has ignited pan-India protests. Two of the BJP ministers — Lal Singh and Chander Prakash Ganga — were forced to tender their resignation after Jammu and Kashmir Chief Minister Mehbooba Mufti had asked them to step down for allegedly supporting the accused and those demanding a CBI probe during a rally taken out in Rasana village on March 1.

The resignations, however, have been accepted and sent to Governor NN Vohra. The ministers said that they resigned as the image of the Prime Minister Narendra Modi and the party was being tarnished. However, Choudhary Lal Singh has asked Mufti to resign on moral grounds as she is in-charge of Home and the police department and failed to trace the missing girl for a week.

Meanwhile, the Supreme Court has decided to hear the plea of the Kathua rape victim’s father, seeking safety and security of his family members and shifting of trial from Jammu and Kashmir to Chandigarh, at 2 pm on Monday.