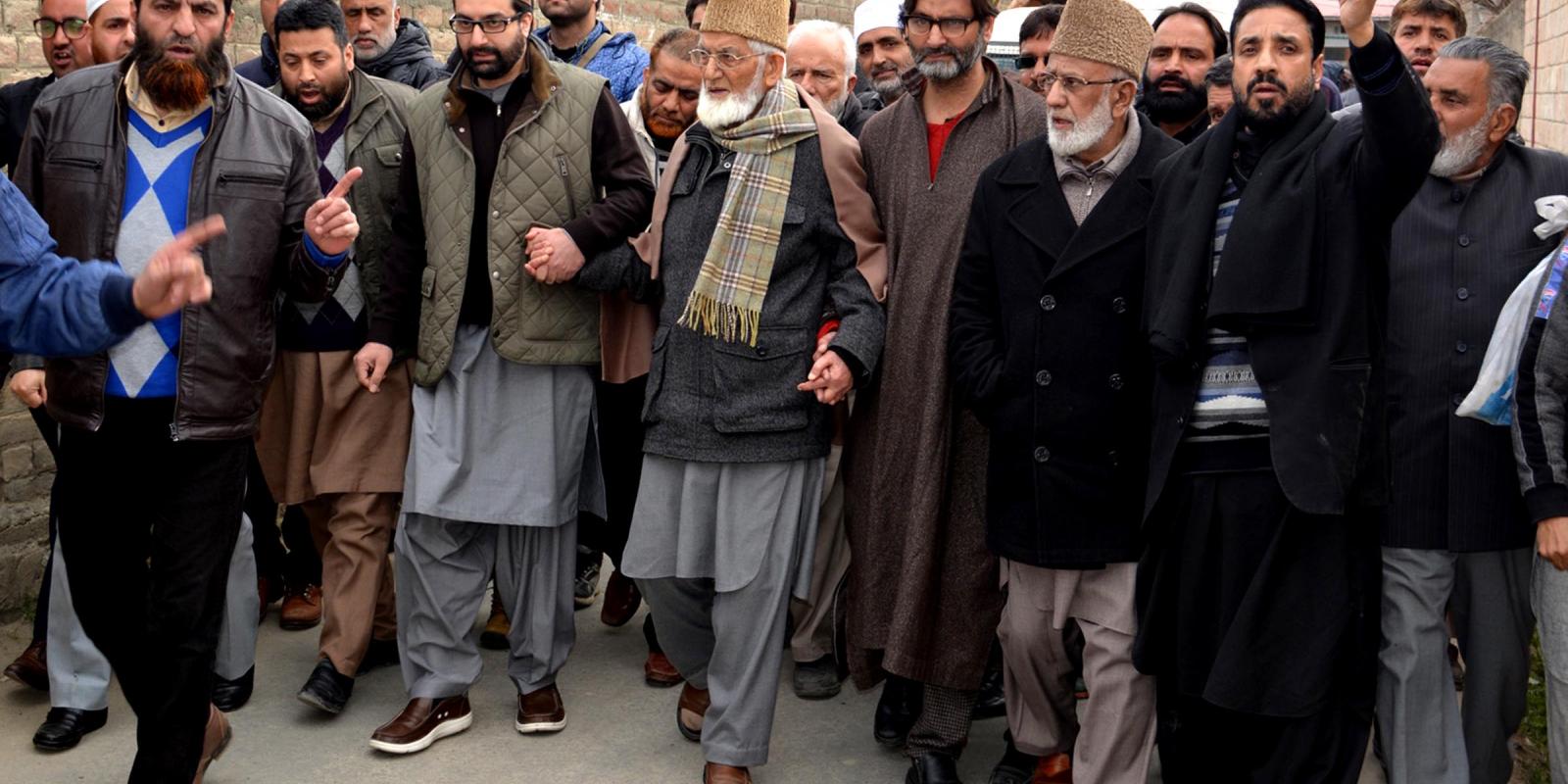 Two days after chairmen of both the factions of Hurriyat Conference (HC), Syed Ali Shah Geelani and Mirwaiz Moulvi Omar Farooq, and JKLF chief Mohammad Yaseen Malik were released from house arrest, both Geelani and Farooq have been placed under house arrest again, while Malik was detained on Monday morning in Srinagar.

The move by the administration comes in the wake of a strike called by separatists against the killing of four civilians in clashes with the security forces and 13 militants in three separate encounters in south Kashmir on Sunday. Three Army jawans were martyred in the encounters. Over 50 civilians were also injured in the clashes near the encounter sites. “Geelani was again placed under house arrest on Sunday evening at his Hyderpora residence in the uptown, where security forces were deployed to prevent him from coming out,” a hardline HC spokesperson said.

The Joint Resistance Leadership (JRL), comprising Geelani, Mirwaiz and Malik, had called for a strike on Monday against the killing of civilians and militants.

The hardline HC chairman was released on March 30 after remaining under house arrest for about eight years. The development had come just a day after Director General of Police (DGP) SP Vaid said that Geelani, Mirwaiz and Malik were free to go anywhere they wish to. Dr Vaid, however, had said that the trio should not make ‘anti-national speeches or create a law and order problem.’

A spokesman for the moderate HC on Monday said a large number of security forces and state police personnel were deployed outside the Nigeen house of Mirwaiz on Sunday evening. He said a senior police officer informed Mirwaiz that he has been put under house arrest and cannot leave until further orders.

Meanwhile, Malik was arrested this morning from his Maisuma residence, where authorities have imposed restrictions along with Shehar-e-Khas (SeK), downtown and Kralkhud to prevent any demonstration on Monday when separatists had called for a general strike.