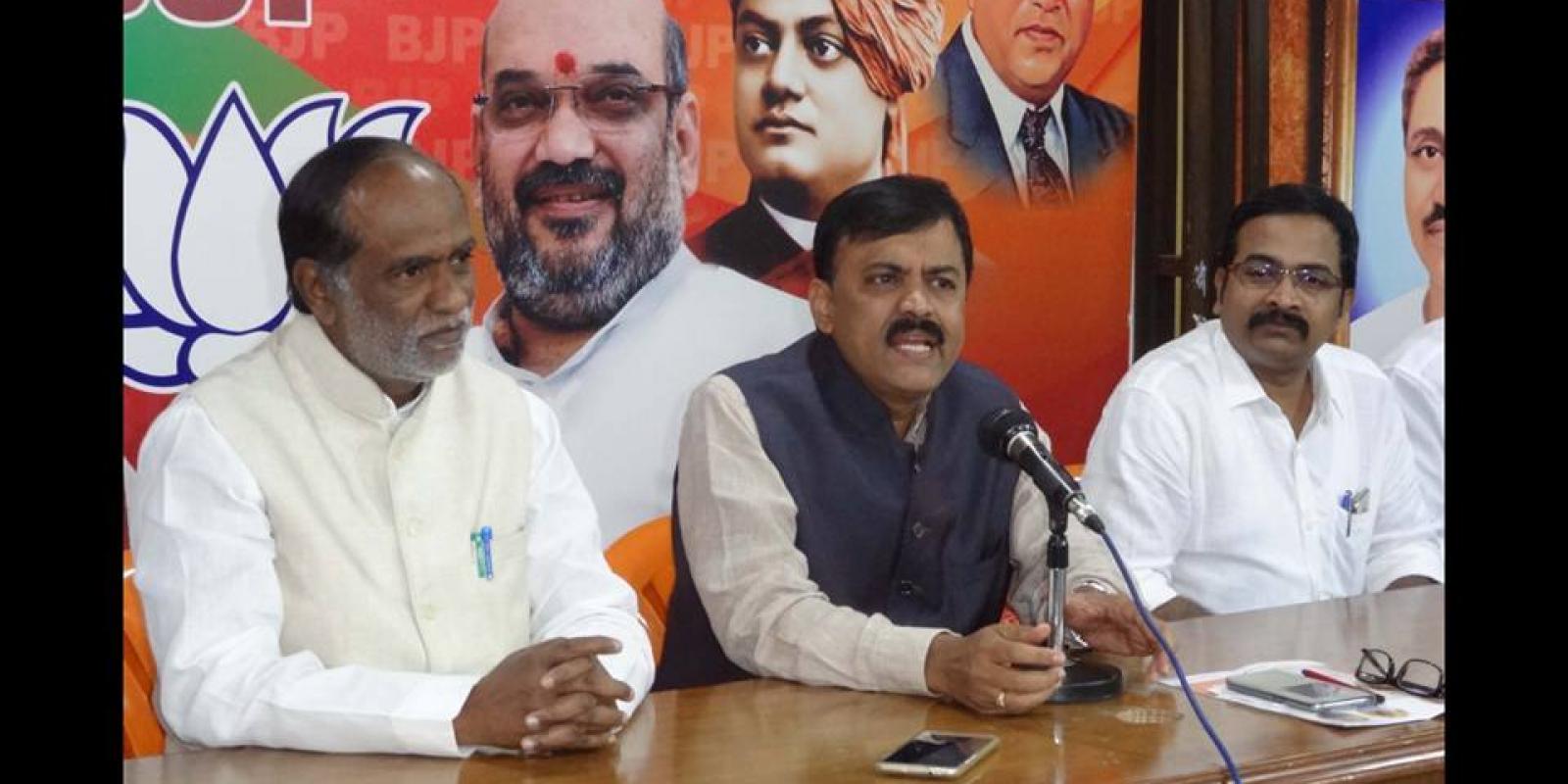 Known for his expertise in psephology, the BJP leader noted that the sympathy factor would help the BJP immensely in the upcoming Lok Sabha elections.

Mounting a counter offensive on the Congress-JD(S) combine, BJP leader GVL Narasimha Rao, who was recently elected to the Rajya Sabha from Uttar Pradesh, said on Wednesday that the Karnataka Assembly election verdict was not against Bharatiya Janata Party.

“The people’s mandate there was against the Congress party and Janata Dal (S) and in favour of the BJP. But it (the two-party combine) is all set to assume power,” the saffron party leader told UNI in an interview here. “Though the BJP has failed in its effort to retain power, it has gained public sympathy,” he said.

Rao was on a private visit to the US during which he addressed a meeting in neighboring New Jersey. He left the US for India earlier this week. Known for his expertise in psephology, the BJP leader noted that the sympathy factor would help the BJP immensely in the upcoming Lok Sabha elections, expected to be advanced to December-January.

Referring to his native southern state, the MP said: “We are confident of emerging as a decisive alternative political force in Andhra Pradesh. There is massive public anger, particularly in rural areas, against the ineffective and corrupt governance of the TDP-led Chandrababu Naidu government.”

The BJP, which contested the previous Assembly and Lok Sabha elections in conjunction with the Telugu Desam Party, is expected to go it alone in the next elections. In the run-up to the elections, it appointed a new state party president. The leadership has streamlined the party cadre and is chalking out outreach and campaign plans.

Rao noted that in many states, the contest is a straight one between the BJP and the “corruption-tainted” Congress. “The party has performed well in the three states of Madhya Pradesh, Rajasthan and Chhattisgarh. Elsewhere in the country also, the BJP will win more seats and retain power at the Centre,” he pronounced.

He pointed out that the BJP is in favour of simultaneous elections for both Lok Sabha and Vidhan Sabha in most states and this will help reduce poll expenses and ensure that the governments’ attention will be more easily focused on people’s problems.

The BJP and its NDA partners can implement the simultaneous elections if there is a larger consensus on the issue. The efforts for such an election scenario will continue to be made even after the upcoming General Elections, according to him.

“BJP is for smaller states and keeping in view, it split Uttar Pradesh, Bihar and Madhya Pradesh,” he said, adding that there is no current proposal to further divide Uttar Pradesh. However, he pointed out that the BJP supported the creation of Telangana.