Is it really the beginning of thaw between India and Pakistan? 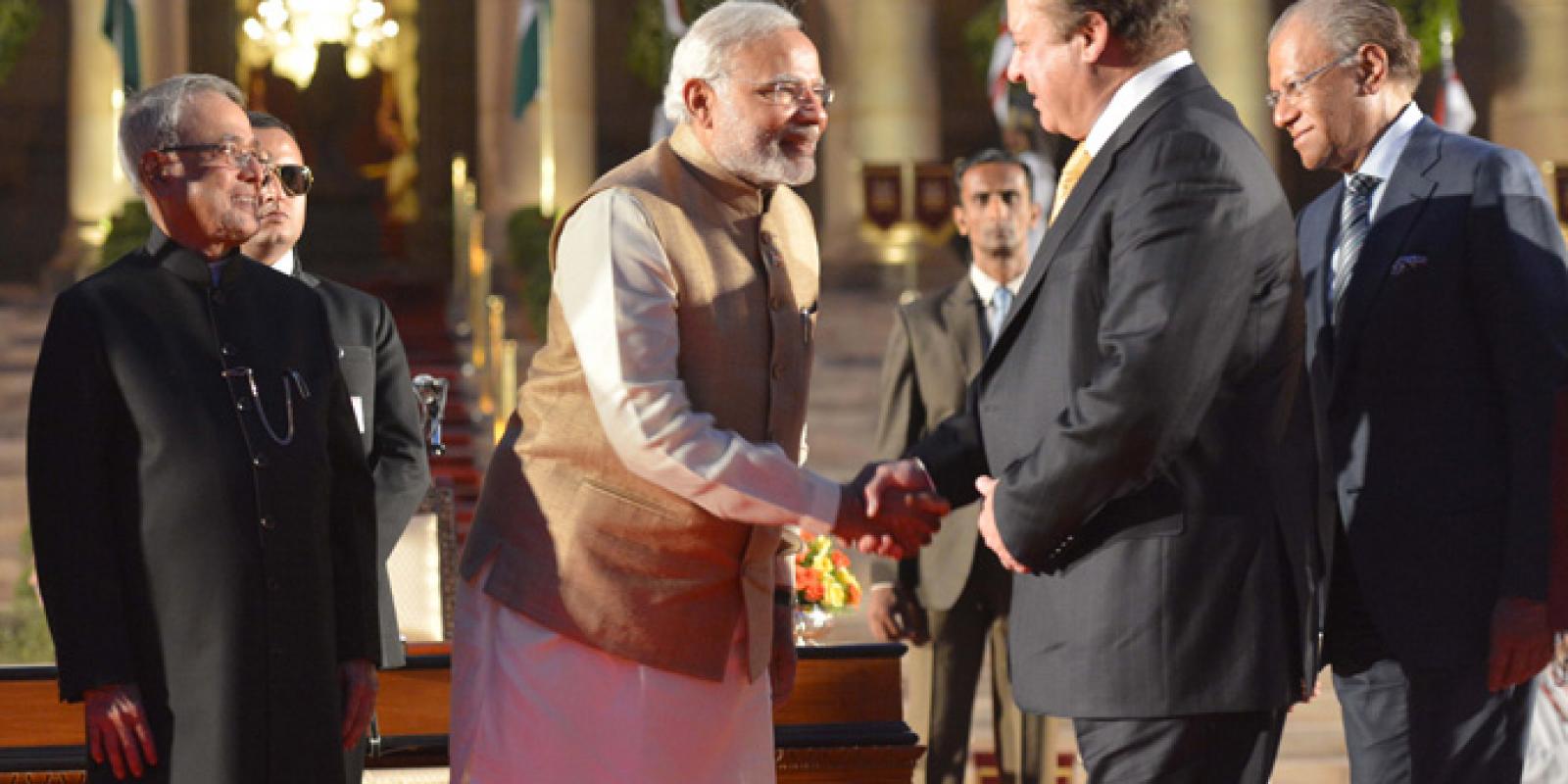 After trading barbs and fire ever since Indian PM, Narendra Modi, dropped by at former Pakistan PM Nawaz Sharif’s party in Lahore more than two years ago, the two countries seem to be ready to talk again. In moves, which look carefully choreographed at another level, the Pakistan Army has expressed the willingness to join the civilian government to talk with India to bring peace between the two warring neighbours. What is unclear is whether these moves will await the election of the new government in Islamabad or begin earlier.

In a no-holds-barred interaction with South Asian journalists, DG of Inter-Services Public Relations (DGISPR), Major General Asif Ghafoor — who was filling in for General Qamar Javed Bajwa — found nothing wrong with the army joining these talks. He asserted that the leadership of the two countries routinely keep the army in the loop before they negotiate peace. From his interaction, it was apparent that the dapper Ghafoor, attired in his pathan suit, also promised that peace will return if the two armies stopped firing at each other, suggesting that Indians were aggressors: “As soon as you stop firing. We would too.” The Indian army has been claiming all these years that terrorists are being pushed from across the border under the protective fire of the army of Pakistan.

Army Chief General Qamar Javed Bajwa has been telling the Pakistani government to begin the difficult task of building good ties with India, but till recently, there was no real progress. Both the governments have been accusing each other of worsening the ties, which is getting manifested in the way the visa regime has been smothered preventing people from both the countries to visit each other. So tough has been the visa regime that there was bewilderment at the Delhi airport when the airline staff saw a Pakistani visa on this writer’s passport. A similar surprise was visible in Pakistan as well. “We have not seen people come on an Indian visa for a long time,” said the officer at Islamabad’s passport control as her surprise gave way to effusive warmth — even at the ungodly hour of 2.30 am.

Is it really the beginning of the thaw between the two neighbours? Even at the time, the BJP was in power in 1998, the then PM Atal Behari Vajpayee followed a similar script. He had reached out to the Pakistani establishment, but then Pakistani army sneaked into Kargil heights and overturned the peace process. Since then the relationship has been fraught due to regular terror strikes and violence in the Kashmir valley. The Mumbai terror attack in 2008 contributed in almost irretrievably rapturing the ties as the imprimatur of the covert agencies was visible in the daring attack on India’s Western metropolis. With the investigation into the 26/11 attack from Pakistan side faltering as it claimed inadequate evidence from India, the ties between the two sides remained mired in suspicion and mutual recrimination. India wanted the mastermind of Mumbai attack, Hafez Saeed, to be brought to book, but Pakistani establishment refused to oblige. He was mollycoddled — much to the chagrin of the Indian government and the Pakistani civil society. The biggest revelation in the recent days has come from former Pakistan PM Sharif who admitted recently in an interview that Pakistan needs to stop harbouring terrorists like Saeed and bring the 26/11 perpetrators to justice to mend its ties with India. Pakistan army, though, makes light of these allegations.

Since 2008, Pakistan too has seen a mindless cycle of violence perpetrated by the Taliban allowing the Pakistani government and military establishment to claim that there were many more terror attacks in their country like the one that took place in Mumbai. Even General Ghafoor wondered why India made so much out of it. He claimed that Pakistan had made the region safer after defeating the terrorists in its tribal areas. Quite obviously this view is not shared either by India or Afghanistan that believe Islamabad as the fountainhead of instability in this region.

Pakistani General presented a picture of reasonableness and claimed that as an army man their endeavour was to avoid war at all costs, “As we know what war really entails.”

From the Indian side too, there has been some reciprocation. The Indian government has declared a ceasefire in the Kashmir valley. This is will give an opportunity to the Pakistani army to lower the volume of its attacks against India on the issue of Kashmir. General Ghafoor claimed that the Indian army has been quite professional as its DGMO’s talk with their counterpart has taken place at the designated date and time.

Relations between India and Pakistan do not warrant much optimism as so many times things have soured over the slightest of provocation. This time, though, it could be different as the Pakistani army is inserting itself in the peace process, recognising how their country has lost friends due to the global impression that it abets terror. What has caused anxiety in Pakistan is not just US President Donald Trump’s tough talk, but even China’s growing ambivalence on how Islamabad deals with Islamic militants. What needs to be seen is how India responds to this evolving peace process.