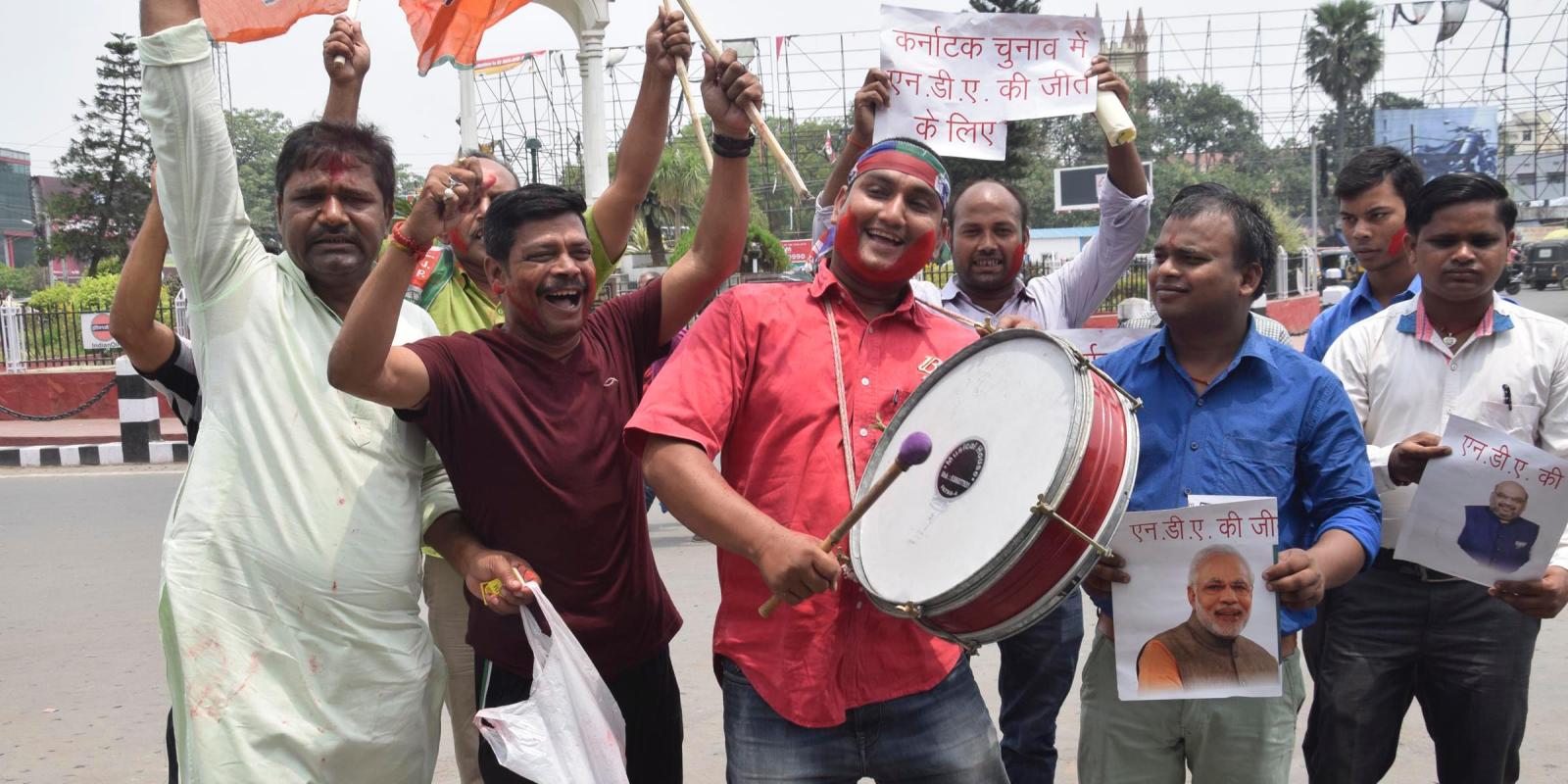 In case the BJP fails to cross the halfway mark, there is a chance that the JD(S) and Congress could come together to form the next state government.

Celebrations have erupted in BJP party offices in Karnataka as the party looks set to cross the halfway mark in the 222-seat Assembly elections in Karnataka. While the BJP seemed to be leading in more than 50 percent of the seats in the morning, the latest trends from the Election Commission indicate that the party has won 57 seats and is leading in 47, amounting to a total of 104 seats. Since the Congress has won 28 and is leading in 49 seats so far (total 77) and the JD(S) trailing behind at 38 seats, the final outcome seems to be difficult to predict.

In case the BJP fails to cross the halfway mark, there is a chance that the JD(S) and Congress could come together to form the next state government. Reports have shown that hectic parleys have already started between the Congress and the JD(S) and the two are considering the possibility of joining hands to rule over Karnataka. As part of its strategy to woo the JD(S), the Congress has also reportedly offered the position of the CM to HD Kumaraswamy. The decision could also have been prompted by the fact that in one of the seats he contested (Chamundeshwari in old Mysuru), CM Siddaramaiah is trailing behind JD(S)’s GT Deve Gowda. Since the BJP seems to be leading in most of the constituencies dominated by Lingayats, the electoral result can be read as a verdict on Siddaramaiah’s offer to grant the community a religious minority tag.

BJP’s CM candidate, BS Yeddyurappa, on the other hand, has secured a victory in Shikaripura seat by a margin of over 35,000 votes. He had campaigned fiercely before the elections and was confident of securing a victory for the BJP.

Dealing a blow to the Congress government in Karnataka is crucial to the BJP because the recent losses faced by the party in the bypolls had set tongues wagging about how the BJP’s charms are waning. Also, three significant Assembly elections are lined up this year (Madhya Pradesh, Chhattisgarh and Rajasthan) before the voters finally line up to pass a verdict on five years of BJP rule at the Centre in 2019. In that sense, the Karnataka elections would serve as a pulse reading of the nation before the nation heads for the General Elections.

For the Congress, on the other hand, wresting Karnataka would be of utmost importance not just to prove its detractors wrong, but also to maintain the morale of its partymen ahead of 2019. The fact that the campaign led by the grand old party in Karnataka had Sonia Gandhi addressing a rally after a gap of two years showed that the party does attach a lot of importance to the elections and looks at it as a battle for survival. However, if previous trends are anything to go by, Karnataka has never voted for a party twice since 1985.