Putin to be inaugurated for fourth term as President of Russia 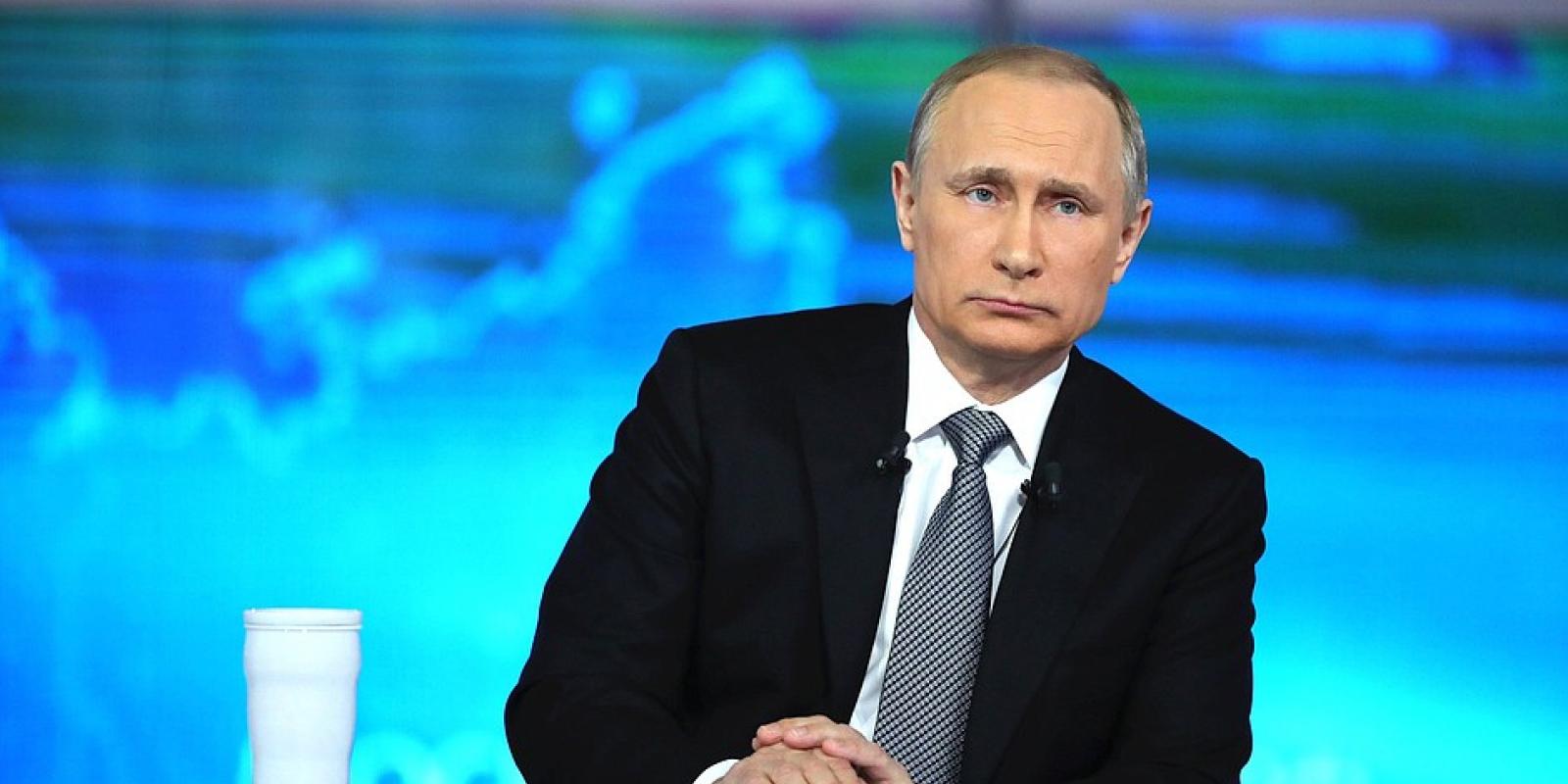 Vladimir Putin is set to be sworn in for a fourth term as President of Russia after winning the election in March. He has been in power for 18 years, whether as President or Prime Minister, and opponents have likened his tenure to the reign of a tsar, or emperor, said a BBC News report on Monday.

Russian TV showed Putin, 65, leaving his Kremlin office and walking to the ceremony, down the corridors. Protesters holding a demonstration against his rule in Moscow and other Russian cities on Saturday were confronted by the riot police. More than 1,000 arrests are said to have been made in 19 cities. Nearly half of the reported arrests were in Moscow.

The biggest complaint among Russians surveyed by the Levada Centre, a major sociological research body, was that Putin had failed to reduce the wealth gap (the top complaint for 45 percent of respondents). Another big complaint (for 39 percent) was the failure to refund Russians who lost savings during market reforms.

Putin’s most praiseworthy achievement was restoring Russia’s world status as a great power (47 per cent), according to the poll. It was conducted last month among 1,600 Russians in 136 towns and cities. Compared with a similar poll in 2015, there was a doubling of complaints that Putin had failed to raise wages, pensions and benefits.

Putin was re-elected president with more than 76 per cent of the vote, his best-ever election performance, but widespread irregularities were reported by some international observers. Allegations of ballot-rigging had dogged previous elections too.

The country's best-known opposition leader, Alexei Navalny, was barred from standing against Putin on the grounds of a conviction for embezzlement which he denies and alleges was politically motivated. He was arrested briefly as he tried to join Saturday’s unauthorised protest rally in Moscow under the slogan “He’s not our tsar.”

Domestic opponents accuse Putin of undermining democracy in Russia — dubbed as “managed democracy” — to keep genuine Opposition parties out of Parliament and ensure that he and his allies retain power indefinitely. First elected President in 2000, Putin renewed his four-year term in 2004 before stepping aside in 2008 to serve as Prime Minister under his protege, Dmitry Medvedev, because by law he could serve only two consecutive terms.

Few doubted who was really in charge and in 2012, Putin returned as President, this time for a term of six years. When he reaches the end of his fourth term in 2024, he would have been in power for nearly a quarter of a century. That would still fall short of Soviet dictator Joseph Stalin’s 31 years in power or, indeed, the reigns of some Russian tsars such as Alexander II (26 years) and Nicholas I (30 years).

Ordinary Russians welcomed the stability associated with Putin’s early years in office when inflation was reined in and basic state functions, like the welfare system, were shored up. Separatist violence in the North Caucasus which had plagued the administration of Putin’s predecessor, the late Boris Yeltsin, was finally brought to a bloody end.

As prosperity grew, fuelled by oil and gas revenue, Putin oversaw an increase in state power, rolling back independent media as well as political freedoms. His decision to annex Crimea from Ukraine in 2014 sparked one of the biggest international crises since the Cold War, incurring Western sanctions which continue to this day.

Russia’s alleged interference in the 2016 US presidential election soured international relations even further, while this year saw Putin being accused by the UK of carrying out a nerve agent attack on its soil — allegations denied by Moscow.
Political analyst Dmitry Oreshkin told AFP news that Putin’s approach to the international community would have to change over his new term. “Russia hasn’t been so isolated since the Soviet war in Afghanistan,” he said.