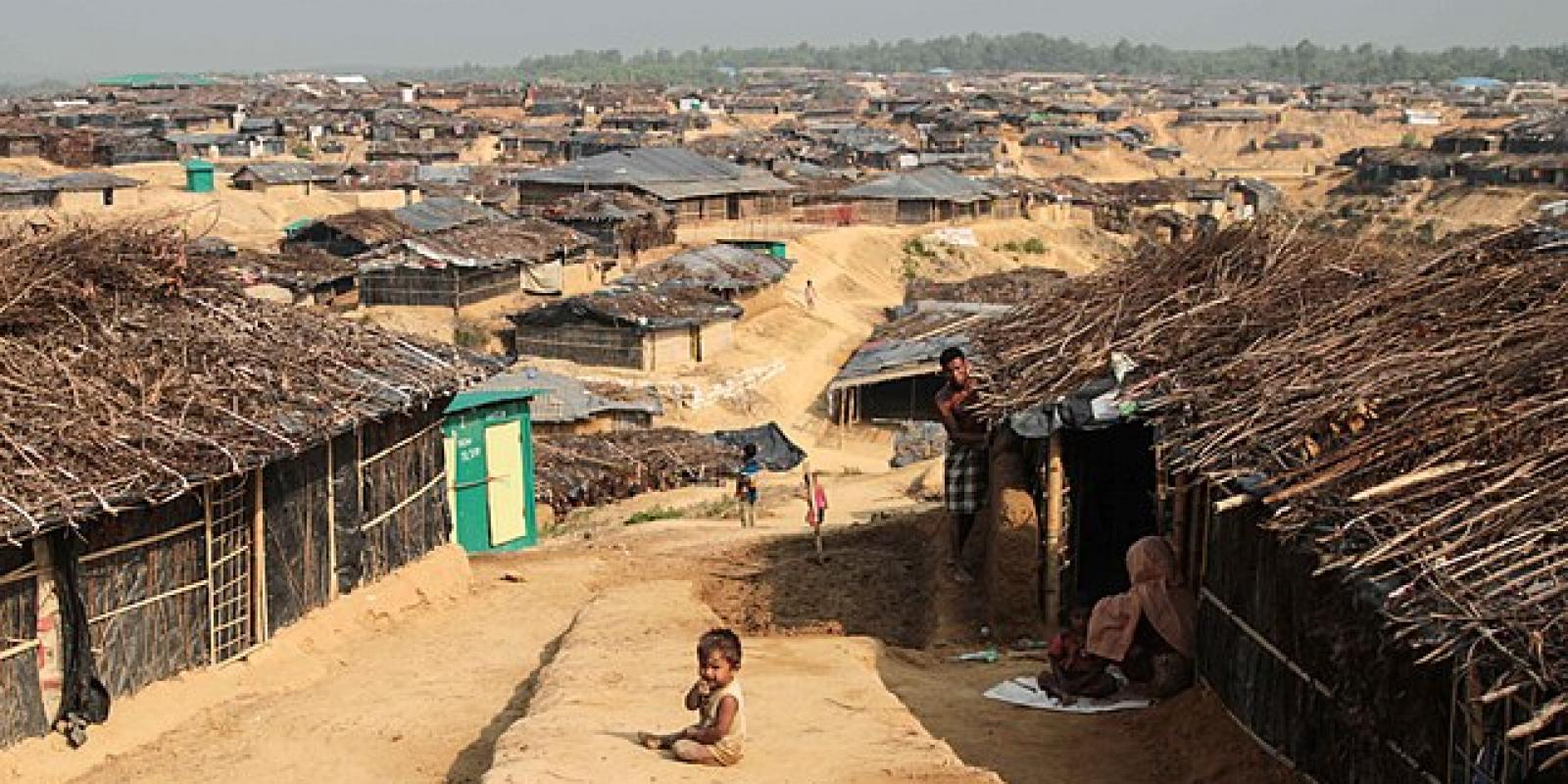 The future of the million Rohingyas in Bangladesh is uncertain. The government wants the community en masse to be shifted to a floating island in the middle of the Bay of Bengal. What does this mean for the stateless Rohingya? Only time will tell.

Jehangir, is a majhi or the leader of his camp. He is ready with his list of demands to meet with the visiting Burmese Social Welfare Minister, Win Myat Aye, who is on his first visit to the sprawling and congested Rohingya camp located at Kutupalong in Bangladesh’s Cox’s Bazaar. More than a million refugees have crossed over to Bangladesh from Burma after the last years’ violence.

Jehangir was a teacher when the Burmese army attacked his village Maungdaw.  “They fired at us and burnt many houses. My cousin was killed in that attack,” he says in a matter of fact manner. Unlike the time when he had arrived, Jehangir looks better. Stay in the camp has done him good. “Will you return to your village?” “Not till we get citizenship papers and guarantees for our safety,” he responds. This is the message that he and many other majhis conveyed to Win Myat Aye who chose to address them as “Bengalis” rather than people from his own country.

Not far away from the Kutupalong camp, at the Unkhia sub-district centre, there was a protest by Rohingyas where the participants had vented their anger chanting: “They murdered, raped and tortured us and they drove us out of the country.”

Despite the visit by the Burmese minister and signing of an agreement with Bangladesh last November on the repatriation of all the refugees to their villages, nothing much has happened on the ground. At the last count, only one refugee has gone back. These figures manifest the resistance that the Rohingyas are putting up against leaving the camp, despite the over congestion, lack of hygiene and many other troubles. They would rather stay in this overcrowded camp than face rape and violence at the hands of the militia or the army.

Succumbing to international pressure, the Burmese government of Aung San Suu Kyi has talked of accommodation and taking back the refugees, but neither history nor the present will allow a happy closure to this issue. The Muslims that reside in these hilly tracts of Arakan Hills have been variously described by the local Buddhist Burmese as “Indian Muslims” and subsequently as “Pakistani Muslims” — depending on who ruled in what is now Bangladesh. When Warren Hastings was the Governor of Bengal, a British officer, Captain Hiram Cox was mandated to settle the violence that racked Arakan Muslims in an area now named after him, Cox’s Bazaar. That was in the year 1799. Since then, the violence has never really stopped nor has the wave of refugees descending on these parts.

There were expectations that after the return of the democracy and coming to power of the iconic Suu Kyi, the lives of these wretched Rohingyas would improve. These hopes were belied. In Burma, the return of democracy meant a revival of the old social fault lines that contributed in crafting a militant majoritarian narrative that excluded and disenfranchised the Rohingyas. State Counsellor Suu Kyi has been surprisingly silent in recognising their identity within the Burmese nation-state. Rohingyas, therefore, continue to be condemned as stateless people living on the compassion of the country that gives them refuge.

Bangladesh Prime Minister Sheikh Hasina, who earned international praise for opening her borders and heart to the refugees when other neighbouring countries were chasing them out or viewing them with extreme suspicion, is exploring options of ensuring that their presence does not cost her politically in the upcoming General Elections. Bangladesh’s economy, that has performed spectacularly in the past few years, notching around seven percent growth in its GDP, experts feel, could come under a strain due to the refugees. Even people on the street are heard complaining: “These Rohingyas have so many children. It is time they went back.”

In Cox’s Bazaar, the army guards the Rohingya camp. Though refugees, who had arrived in the country earlier, are located in other parts of the town, the current lot of refugees are not allowed to mix with the local people. Humanitarian agencies are not allowed to teach them the local language, Bengali, lest it would facilitate their unwelcome immersion in the Bangladeshi society.

Sheikh Hasina’s government is proposing to shift some of these refugees to a floating island that has sprung up in the Bay of Bengal since 2007. This island, which is inhabited by society’s malcontent that includes alleged pirates and human smugglers, is witnessing some serious construction by Chinese and Bangladeshi workers. Come June, the Bangladeshi government would like to ship them to this island from where there is no escape to anywhere except to Burma — once the government in Naypyidaw decides to take them back. “It is like the Alcatraz or India’s Andaman penitentiary. Once a person is sent there, then there is no getting out,” explained a distressed worker of an international humanitarian agency. In fact, these agencies, that includes the UNHCR, have resented the Bangladesh government’s move and termed it similar to refoulement or the forcible return of the refugees to their country against their wishes.

Bangladesh has many arguments in its favour, including the fact that it is up to them where they settle these refugees, plus the fact that the coming of the monsoon may make it difficult for these refugee camps, located on soft hills, to survive landslides.

This is the tragedy of these nowhere people — no one listens to them nor tries to understand where they would like to eventually settle. Wherever they have been provided a shelter, they continue to live half-lives and thank their benefactors for according to them, what can only be termed, the least.

(A version of this article appeared in Independent Group of papers, South Africa.)