Yeddyurappa takes over as Karnataka CM amid protests 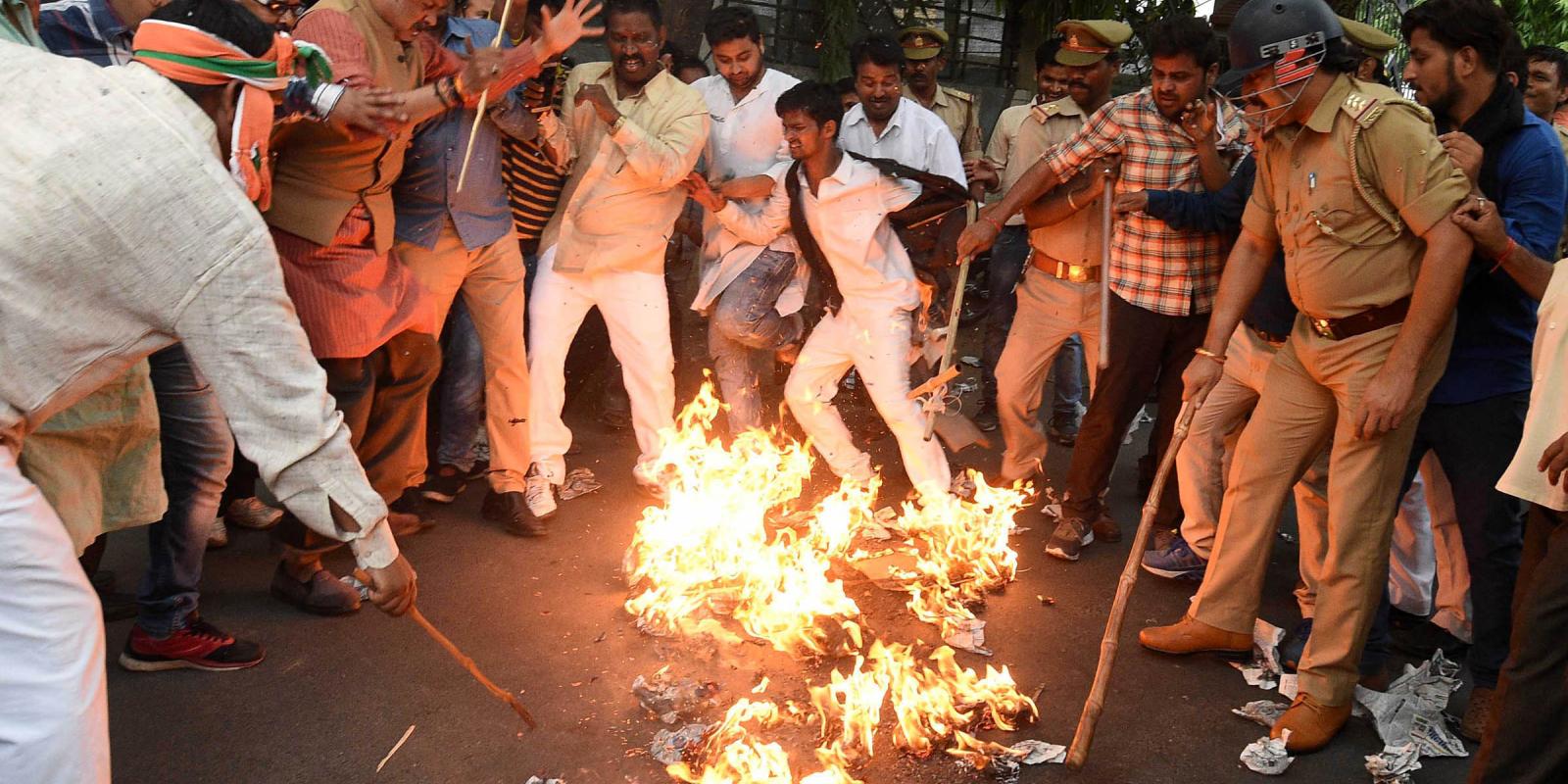 After a night-long legal battle in the Supreme Court where the Congress had challenged the Governor’s invitation to the BJP and sought a stay, the apex court said that the government formation will be subject to the outcome of the petition before it

BJP veteran BS Yeddyurappa today took over as the 24th Chief Minister of Karnataka amidst a raging legal battle challenging the validity of Governor Vajubhai Vala’s invitation to the BJP to form the government, despite the party being short of the requisite numbers and the Congress-JD(S) combine claiming that they had the majority and should have been called first.

After a night-long legal battle in the Supreme Court where the Congress had challenged the Governor’s invitation to the BJP and sought a stay, the apex court refused to stay the swearing-in ceremony on Thursday morning but the three-member bench, comprising Justices AK Sikri, SA Bobde and Ashok Bhushan, said that the swearing-in and government formation will be subject to the outcome of the petition before it.

The top court has also issued notices to respondents, including the BJP, and asked them to file their replies. The Supreme Court has directed Yeddyurappa to produce the documents he had provided to the Governor while staking claim to form the government. The apex court, which woke up to take stock of the scenario in the dead of the night, is now going to hear the matter on Friday at 10.30 am. The last time that the SC convened a pre-dawn hearing was when Yakub Memon’s plea to escape death penalty was taken up for consideration and dismissed swiftly in 2015.

In the Vidhan Sabha, Yeddyurappa expressed confidence that he would win the vote of confidence much ahead of the 15-day deadline set by the Governor. He urged the 222 members of the Assembly to vote as per their conscience. He also said that he would take a decision in a couple of days on the waiver of loans to farmers and weavers as promised in the party manifesto.

This is for the third time that Yeddyurappa is taking the reins of the state. In November 2007, he was Chief Minister for just a week as the JD(S) had failed to support his government. In May 2008, he returned to power with the party securing 110 seats and managed to get a majority through what was then called “Operation Kamal” in which tainted iron ore mining baron and former minister Gali Janardhana Reddy played a significant role. He had to step down in November 2011 with the party’s central leadership seeking his resignation on corruption charges highlighted by the then Loyayukta Santosh Hegde and a host of criminal petitions filed against him in land denotification issues.

Even as the swearing in ceremony was on, the members of the Congress and JD(S) staged a protest in front of the Gandhi Statue in the Vidhan Sabha Complex. They voiced their ire over the Governor’s decision to overlook the Supreme Court verdict and past precedence in other states and inviting the BJP to form the government instead of the Congress-JD(S) alliance which had proved that they had the higher numerical strength of 117. This was more than the magic number of 111 required to form the government.

Former Prime Minister HD Devegowda and senior leaders of both the parties, including AICC observers Gulam Nabi Azad and Ashok Gehlot, former Chief Minister Siddaramiah, KPCC president G Paramehkawara, Congress leader in the Lok Sabha Mallikarjuna Kharge and JD(S) state president HD Kumaraswamy took part in the protest. Kumarawamy told the media that he would write to the Leaders of Opposition parties, including West Bengal Chief Minister Mamata Banerjee, to express solidarity and condemn the anti-constitutional conduct of the Governor.

Meanwhile congratulating newly sworn-in Karnataka Chief Minister BS Yeddyurappa, BJP president Amit Shah said on Thursday that the mandate reflected the ‘victory’ of every Kannadiga who voted to uproot the ‘corrupt and divisive politics of Congress.’

He also slammed Congress president Rahul Gandhi for attacking the BJP on the developments in Karnataka and said that the grand old party should remember its own “glorious history of horrific Emergency, blatant misuse of Article 356.” The Article 356 refers to constitutional provisions under which the Centre holds the right to impose President’s Rule in states and according to Shah, this provision was grossly abused by the Congress over the decades.

Shah also flayed the Congress’ stance on Karnataka development saying, “The ‘Murder of Democracy’ happens the minute a desperate Congress made an ‘opportunist’ offer to the JD(S), not for Karnataka’s welfare but for their petty political gains. Shameful!” However, it must be noted that the BJP had pulled off victories in the same way in Goa, Manipur and Meghalaya where no single party had managed to cross the halfway mark.

Questioning the rationale behind the coming together of the Congress and the JD(S) to grab power, Shah wrote: “Who has the people’s mandate in Karnataka? The BJP, which has won 104 seats. Congress which dropped to 78 seats, whose own Chief Minister and ministers lost by big margins.”

Despite such claims being made by the BJP, experts have warned against reading the Karnataka results as a resounding decision to bring the BJP to power in the state. One of the central arguments has been that the result of the Assembly elections reflects an anti-incumbency wave which is party-neutral in nature. The same is also borne by the fact that the Congress’ vote share, at 38 percent, is more than the BJP’s (36.2 percent). Therefore, the fractured mandate is being seen more as a decision to unseat Congress than to bring the BJP back.