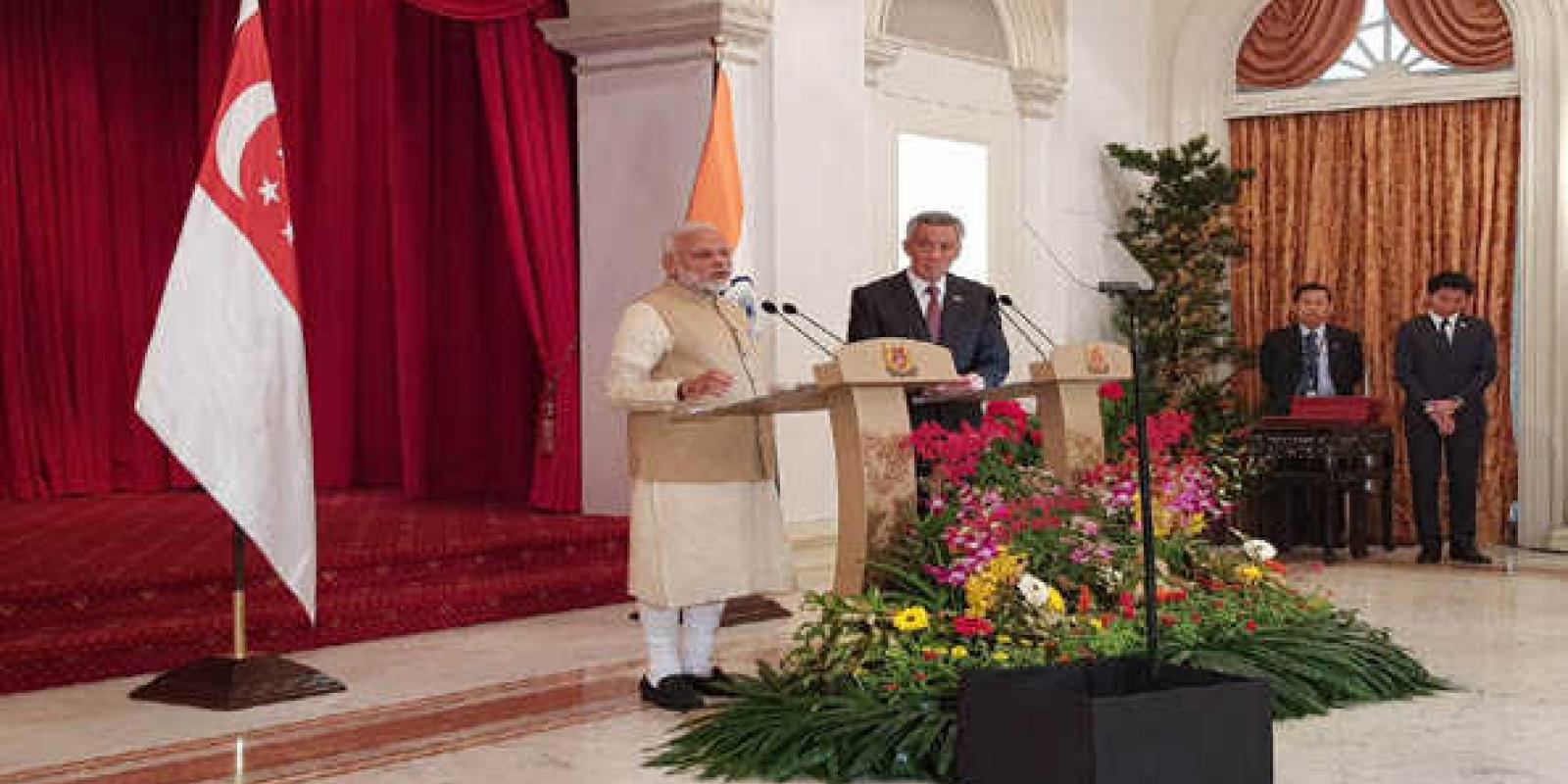 Prime Minister Narendra Modi and his Singaporean counterpart Lee Hsien Loong on Friday, reviewed the progress in bilateral relations and discused the future roadmap.In a statement released to the media after his meeting with Lee, Modi said, “Prime Minister Lee and I together reviewed progress in our bilateral relations, and discussed the future roadmap.”

Describing India and Singapore as strategic partners in the true sense, Modi said, “India and Singapore meet the true yardstick of a strategic relationship. There is no uneasiness in our relationship, only warmth, harmony, and faith.” The PM said that he was especially happy to complete the second review of the Comprehensive Economic Cooperation Agreement between the two countries.

“Both of us agreed that the second review is not our destination, only a halt. Our officials will soon begin discussions to upgrade and improve this agreement,” the PM said.

Describing Singapore as an important source of foreign direct investment for India and a top destination for investment, the PM said, “I am happy that Indian companies use Singapore as a spring-board for investment in the ASEAN region and other countries. Investment in India by Singapore companies is growing. India's progress provides unmatched opportunities to Singapore in its key areas. On Thursday evening, during a meeting with the CEOs of Singapore's leading companies, I was very happy to see their faith in India.”

Noting that air traffic between India and Singapore is growing rapidly, the PM said that both the sides will soon review the bilateral air services agreement. Expressing happiness at the commencement of the digital relationship between the two countries, the PM said, “It is an area of natural partnership with unlimited possibilities. The international launch of RuPay, BHIM and UPI-based remittance app shows the spirit of innovation in our partnership under Digital India, we will create a data centre policy in India."

The Prime Minister also called on Singapore President Halimah Yacob. He was accorded a ceremonial welcome on his arrival at the presidential palace Istana.

"Prime Minister Modi was accorded a ceremonial welcome on his arrival at Istana - Presidential palace of Singapore. Nurtured old ties now powered by partnership in innovation and technology," Kumar said in another tweet.

Modi visited Singapore during the last leg of his three-nation tour that included Indonesia and Malaysia.