A roster of questionable past 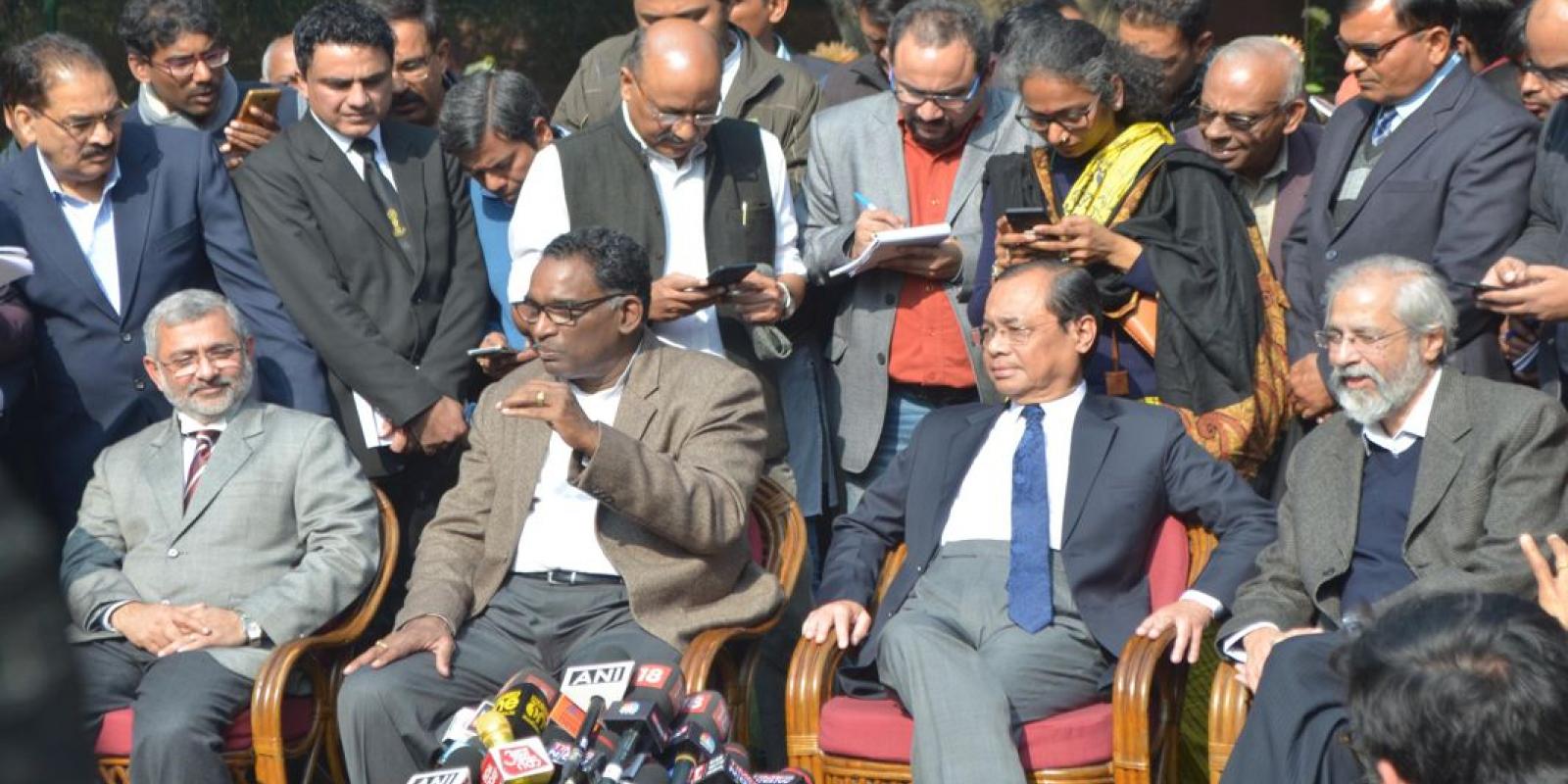 The day Justice Jasti Chelameswar was retiring, he made an interesting remark that highlighted the hollowness of our much-vaunted independent judiciary. He said that there are ‘Rs 1 crore lawyers’ that neither open their mouths nor take a stand. And it is these established constitutional lawyers and jurists, according to him, who have attacked him for his attempts to democratise the institution.

Justice Chelameswar, who uncharacteristically stepped out with three other senior Judges to address a press conference earlier this year to highlight the subversion of established procedures by the Chief Justice of India, Dipak Mishra, and how they constituted a threat to democracy, was telling the truth about the amoral and status-quoist tendencies that exist in the bar of the higher courts. Many of these lawyers manage to remain on the right side of whoever is in power and that means living up to the description of those lawyers who don’t open their mouths or take a stand.

Long years ago, I saw on a government file an advise that was tendered by an eminent jurist who is normally wheeled in to control the narrative of the courts. The advice pertained to a defence deal which was embroiled in a raging public controversy. This heavyweight lawyer had not revealed to the government that he was also holding the brief of a business house that was blamed for accepting kickbacks in this deal. Maybe he saw nothing wrong in advising both the government and the money bag, as he assumed that they were fighting off the same enemy. For some part of the case’s journey, this may have been correct, but later the interests of the government and the businessman/fixer diverged. It was at this juncture it appears that the report from the intelligence agencies was accepted by the government that the lawyer was compromised and his professional advice should not be entertained.

This is not the first instance when the intelligence agencies have scooped out the duplicitous behaviour of many of these lawyers that are happy to pontificate on any issue. Not too long back a senior lawyer — an important voice of the Opposition had been trashing the government of the day for many of its venal acts in the allocation of natural resources. Not a day passed when this lawyer with his furrowed eyebrows would not bristle at the government of the day for favouring its cronies by throwing precious national resources for a song. His public position conveyed uprightness and rectitude that seemed to be in stark contrast to the amoral and corrupt conduct of some of the ministers. All this seemed to be the only truth till the Intel agencies scooped out a note from the no-nonsense lawyer’s chamber that conveyed an advice to his client who interestingly was mired in a case that formed the basis for the lawyer’s moral outrage. In his advice to his client, the lawyer was holding the same position as the government. When the matter was about to explode in the public domain, the smart lawyer was first threatened by the government. He later bought his peace.

Lawyers are not just good at protecting their reputations — who knows how to use the law of defamation better than them — but also making big money. The explosive diary of Kalikho Pul, former Chief Minister of Arunachal Pradesh is a case in point. The diary did not get the importance that it deserved as it had the names of the serving and retired Judges of Supreme Court that had allegedly taken bribes from the deceased CM. Most of those who tried to take the diary to its logical conclusion and find ways to bring the guilty to the book have failed in their endeavours. Pul may have died a disappointed man, but his diary remains a living testament of the judiciary’s sustaining venality. The diary was meant to make people of this country aware of the corruption and how it was eating into the vitals of our country, but as he feared, his sacrifice may have gone to waste.