The life and times of Karunanidhi 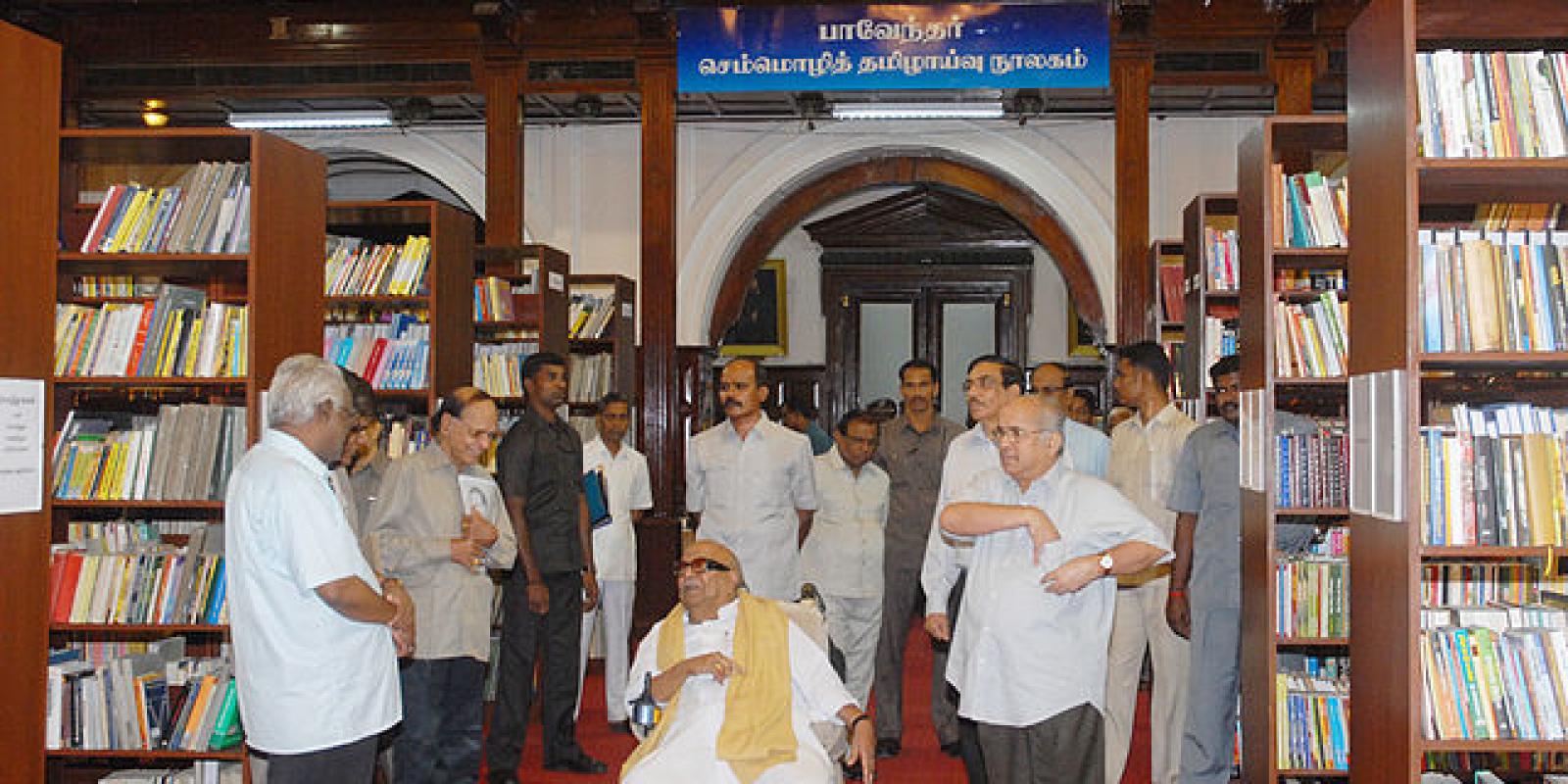 The task of writing an obituary for anyone is fraught with risks. And especially so for someone who has spent over 65 years in active public life and has seen politics from the pre-independence days. His sheer longevity and political survival have meant he has made several twists, turns and compromises in his career. There is almost too much material to analyse and comment upon. Almost anything written on him shall be an act of neglecting major events. But more fundamentally, what is an obituary meant to do? Is it a review and analysis of the man and how he lived his life? Are we meant to sing praises for the dear departed? Should we look at what his legacy could be?

Kalaignar lived through a tumultuous and radical era in Tamil and national politics. He is as much a product of his times, as an influencer who shaped it. Born in Thirukkuvalai village in erstwhile Thanjavur district (presently in Thiruvarur district), as Dakshinamurthy, he is said to have an early initiation into social reform and political activism and changed his name to Karunanidhi to remove references to God and religion in his name in his early days itself. Hailing from a backward Isai Vellalar community, that accompanied music troupes playing the Nadaswaram, he had a ringside view of how caste played out in all walks of life, including music. They were considered as lower grade to singers and hence were required to be bare-chested while performing. It is said that he dropped out of music lessons early on due to such caste-based biases he faced that he chose not to accept.

Another anecdote narrates that as a kid, he would visit the annual Thiruvarur temple festival where the whole town would join the procession of the temple chariot. Dalit caste labourers would be whipped by landed classes and their henchmen to pull the heavy chariot faster and keep the procession moving. These scenes hardened his views against the caste system. In fact, he has more than once stated that if he hadn’t formally joined the Dravida Kazhagam, he may well have joined the Communist Party of India, which was playing a lead role in labour mobilisation in the Kaveri Delta region at that time. Such incidents show that from very early on, he was showing an intuitive and innate understanding of social injustice. This wasn’t a man who had to get to college to get his political education; long before his entry to formal activism, he was quite politicised himself.
In his long innings in electoral politics and in the government, he has helped initiate several reforms in the economic and social development of Tamil Nadu (TN). Many have been discussed at length in the popular press, including the expansion of government schooling and the midday meal scheme, the health insurance scheme, among others. Several obituaries have highlighted many of these achievements, so I shall try to highlight the ones that are not so well known. Tamil Nadu has among the best bus networks in the country with high-frequency buses to the remotest corners of the state. Much of this was due to the state takeover of private bus companies when Kalaignar started the State Transport Corporation in 1972 and banned inhuman hand-drawn rickshaws (the ones we still see in Kolkata). His decision to start the Transgender Welfare Board in 2006 and reserve seats in colleges has meant a whole generation now has access to professional education for the first time. This is partly the reason why TN has many transgenders in regular white collar jobs — banks, police, judiciary, etc. Tamil Nadu was the first state in India to legally recognise other genders and extend all welfare benefits to them.

Kalaignar’s impact is greater on the national scene, as a bulwark for federalism and state rights. Under his leadership, the state government and his party, Dravida Munnetra Kazhagam (DMK), have always resisted the centralising tendencies of New Delhi and has provided a political cushion for other states to maintain autonomy. The Inter-State Council, though recommended by the Sarkaria Commission, was formed in large part due to the political pressures of leaders like Kalaignar. The legal status of all regional languages as official languages and the fact that Hindi isn’t our national language is largely down to the DMK.

But the true lasting impact of Kalaignar will be the hardest to gauge for those unfamiliar with the TN society. The extent of feudalism and the strength of the caste hierarchy is much lower than most other parts of the country. Mere changes in policy and schemes don’t result in social change. Kalaignar kept alive the rhetoric of social reform very strongly throughout his political career. He made sure that the public discourse in the state always had social justice woven into it. Coupled with the various social justice schemes, adequate representation of all communities in administration, education, government jobs, and through universal public welfare schemes — it is his political rhetoric of anti-caste and secularism that ensured the state inched towards actual social change, and not just on paper.

For instance, he championed the giving up of caste surnames for all TN households — something rest of India still fails to understand when reading a TN name. His constant rhetoric of rationality and opposition to superstition has also enabled a whole generation of Tamilians to speak up against religious bigotry, for atheism and against blind belief in religion in a free and engaging manner in mass public discourse. Indeed, several of the ideas that exist in the liberal fringe of the national discourse even now have been relatively mainstreamed in Tamil discourse, thanks largely to the overall political climate of the social reform he championed. Especially in today’s times of Hindutva aggression, where we see increased reluctance to call out bigotry, Kalaignar’s DMK has placed TN in a far more progressive position on this question.

Critics have often highlighted a culture of corruption and family nepotism under him, albeit as part of a whole systemic criticism of our Indian political process itself. More specific to him is the criticism of a political culture of personal attacks, ridicule, mockery and general fall in standards of political debate. Ironically, it is this same trait that his supporters cite as introducing characteristic wit and sarcasm to the Tamil political debate. These are thus, a matter of taste and aesthetics. Indeed, so strong has been his impact over the language of the political debate in TN that his opponents have all come to use the same techniques of ridicule and high literary flourishes in speeches. His characteristic voice speaking in “stage Tamil” indeed is the gold standard for politicians now.

Obviously for a career spanning 65 years in public life, political opponents aside, Kalaignar has had his share of ideological opponents as well — those who bemoan some of the above social changes in TN. With the demise of the two big colossus of TN politics, Dravidian politics faces threats from two fronts — Hindutva as well as Tamil Nationalism, both of them have been more vociferous in the last few years. Over the years, Dravidian forces largely succeeded in TN, thanks to their strong ground mobilisation on the social reform plank, their strong intellectual and literary tradition, combined with a political face that Kalaignar provided. But far more than Jayalalithaa or MGR, it was Kalaignar who offered the ideological opposition to these forces. Some say he tasted power too quickly in 1967, and the taste of power has inhibited the ideological and institutional growth of the DMK. In his absence, the coming years are certainly unclear and hazy for Tamil politics, as well as for the larger social reform story of TN.

R Sridhar is a coastal researcher based in Nagapattinam, an avid follower of Tamil politics who regrets being active only in the last 2 decades of Kalaignar’s career.