Will Karmapa Lama return to India after his historic France meeting with his competitor? 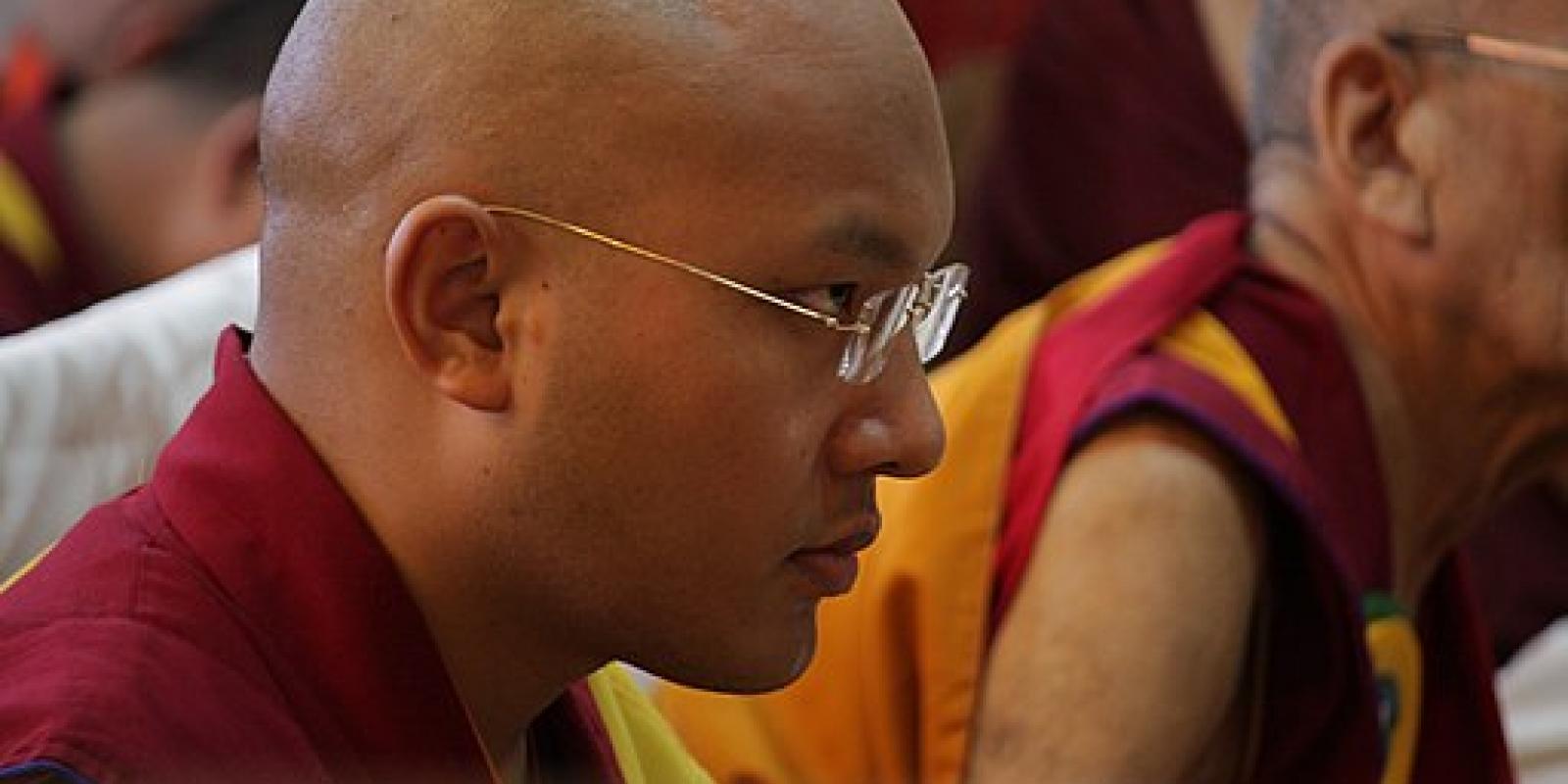 Does Indian government really wants Karmapa Lama, head of 900 year Tibetan Buddhist Kagyu sect, to come back in India. Karmapa who recently picked up a Dominican passport now needs an Indian visa, to take part in the crucial November meet organized by Dalai Lama in Dharamshala to choose his successor. Contrary to media reports that New Delhi is very keen that he returns, the religious head of the Kagyu sect is struggling to get an Indian visa as there is a view in the government that Karmapa, instead, may go to China.

Karmapa can only come to India on a visa after he acquired a Dominican passport. He has tried to surrender his Indian Identity card to the consulate in New York, but the counselor section, it is learnt, is not entertaining his request claiming that they are awaiting instructions from New Delhi. Informed sources claim that Karmapa, bewildered by New Delhi’s response, has now gone to Germany for a medical examination. Karmapa is struggling with possible diabetes.

During his trip to Europe, he had a rendezvour with his competitor, Trinle Thaye Dorje, who had been claiming leadership and the title of Karmapa for the Karma Kagyu sect. There is plenty of speculation about who may have organised this meeting between the two Karmapas in rural France. It is reliably learnt that, Karmapa, who had been in the US had not even informed his close associates about his plan to meet Thaye Dorje. Though, he had expressed desire to meet with him in an interview earlier March, but no one knew that he had initiated moves for a meeting. Tibetan Buddhist exile community in India and elsewhere is wondering that this meeting was negotiated by the Chinese or by the Americans?

Much of this confusion would clear if Karmapa Lama is able  to attend the Dharamshala conference. The fear that he may not come has caused nervousness and anxiety in the exile community. This miasma of doubt about his travel plans are being deepened by the intense turf battle that is going in the home ministry. Those who have never taken a liking for the young Karmapa ever since he negotiated the difficult Himalayan ranges in the year 2000 to reach India. He has been called a Chinese plant and precedence has been given to their version of why he escaped from Tsurphu monastery, located 30 km outside of Tibetan capital of Lhasa. Chinese government, to lower young monk’s credibility, had claimed that he came to India to bring back to Lhasa the Black hat from Rumtek monastery, which is the focal point of Kagyu Karma conflict. Karmapa denied these allegations in very strong words, but his detractors have not really backed off. Karmapa has been treated shabbily and with deep suspicion. He came as 15 year old to India, but he was raided a few years later on foreign exchange violation. He had insisted then that he took the journey to India to seek education from Buddhist teachers who were in exile. After staying in India for 18 years, he still believes that he did not get the education, for which he traveled all the distance.

Suggestions have been dropped that Karmapa could have been influenced by Chinese intermediaries in US, which may not have been possible when he was in India. “Now that he is in US, he could be persuaded not to not attend the Dharamshala event and go to Tibet,” . He further said that if the plans of those who do not want him to come back to India indeed succeed then it would have serious impact on the exile Tibetan Buddhist community as well as in Tibet.

“ If Karmapa does not show up in Dharamshala then it would convey to us that he is not pulling along with Dalai Lama, which is not really true. Chinese government would be delighted if that happens,” this activist said.

Karmapa has been troubled by the permission that he and the exile community has to take before leaving the country. Also, more and more countries had stopped recognizing the identity papers. It is illuminating to revisit the interview that Karmapa Lama has given to this writer before he left the country last year. “The exiled Tibetan community is shrinking every year. Tibetan people living in exile though have no proper identity as they are not Indian citizens neither are they political refugees. Also, they don't have proper rights and that’s why I think there is a feeling that they do not belong to this community or society. Most of these people plan to go to other countries like Europe, America or Canada. Every year around 4,000-5,000 people seek asylum and citizenship of other countries. A large number of people are also choosing to go back to Tibet, we don't know the reason but Chinese embassy is granting permission to such people who are returning to Tibet, and a number of people coming out of Tibet are decreasing every year. These days even if a few could make it to India it's a big thing. Given the current situation, Tibetan issue is going to keep dragging because China has become more influential and therefore the Tibetan issue receives hardly any recognition. In the meantime the exile community is becoming smaller and dispersing, at some point, it might disappear but the Tibetan issue cannot be completely ignored.”

What worries the exile community is the manner in which the Indian government has begun to distance itself from the Tibetan Buddhist cause so as not to rock their tenuous relations with China. The government had asked its officials not to participate in the celebrations of the Buddhists to commemorate 60 years of their exile to India. There have been similar incidents that suggest that India is no longer keen to use the Tibetan Buddhist leverage to put the Chinese on the defensive. Karmapa’s dilemma should be viewed from this standpoint.