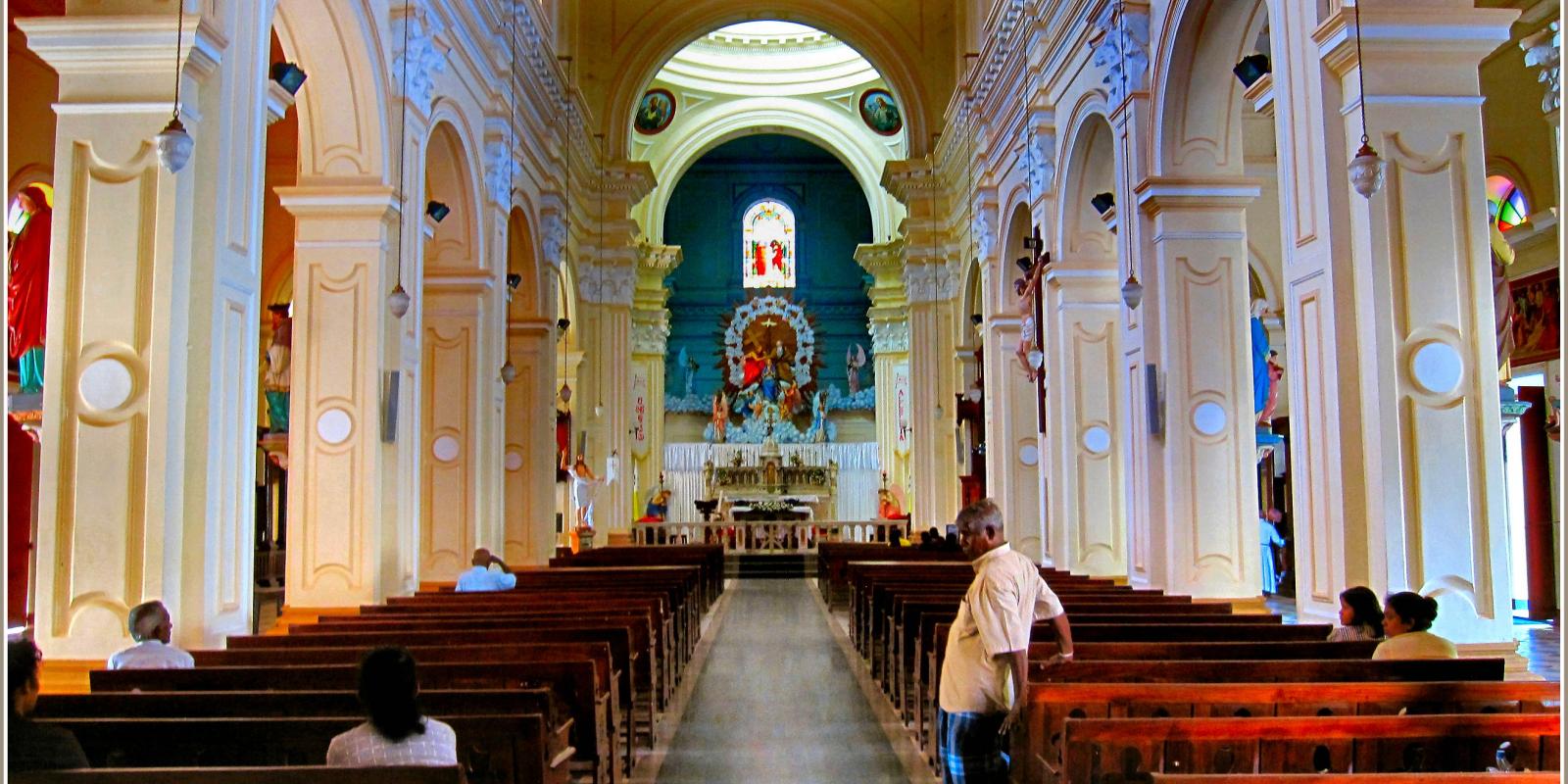 In this long Easter weekend, everyone was on a holiday in Sri Lanka. The security forces, and, it seems, even President Maithripala Sirisena and Prime Minister Ranil Wickermesinghe, were on a holiday. When the tip-off came from a foreign intelligence agency (read India) about an impending terror attack, the local Sri Lankan agencies, lulled by the return of peace after long years of ethnic strife, failed to pass on the message to their superiors, or, announce a nation-wide alert. Hence, when the simultaneous bomb blasts took place in three churches:  St. Anthony’s Church in Kochchikade, Kotahena, St. Sebastian’s Church in Katuwapitiya, Katana, and Zeon Church, Batticaloa, and three Colombo hotels: the Shangri-La, Cinnamon Grand and Kingsbury, the security apparatus was caught napping.

Easter Sunday is an auspicious day for Christians since it is believed that on this day Jesus Christ rose from the dead. Believers turn up in big numbers to celebrate his resurrection. Six of the eight bombs that killed 359 worshippers and tourists came from suicide bombers. The other two were indigenous bombs. At least one was defused at the airport.

The Sri Lankan government quickly imposed curfew in the island -- knowing that it could trigger sectarian strife if rumours began to gather momentum.  A state of emergency has also been declared. After all, it was only last year that the chauvinists belonging to the majority Buddhist community had violently targeted the minority Muslim community, which is around 10 per cent of the island’s population.

The manner in which the blasts and its aftermath was handled by the government allowed former president Mahinda Rajapakse to remind his supporters that this kind of violence would not have taken place if he was in power. Rajapakse lost the elections in 2015, even after he had led his country successfully, and ruthlessly, in vanquishing the armedchallenge from the LTTE, the Tamil Tigers, who had kept the country destabilised for three decades. Expectedly, Rajapakse, whose attempts to become the prime minister came to grief last year, reiterated the need for a strong leader to fight terror.

Till the government announced that Islamic State terrorists were behind thus biggest terror attack ever to have taken place in the world, there was considerable speculation on who could have been behind these organised blasts. When Sri Lanka was at war with the LTTE, there were suicide attacks by the Tigers, but their methods were different. The highest number of those killed was 91 in Colombo. In this case, the bombers moved in the same manner as in the case of the 26/11 attack  in Mumbai or 9/11 attackers-- suicide bombers with different briefs headed to diverse targets and executed their diabolical agenda at the same time.

Before it announced the identity of the Muslim extremist group , National Thowheed Jamath to be behind the gruesome atrocities,  Sri Lankan government was very careful in revealing the identity of dozen-odd people who have been detained after the attack, the Indian media has exercised no such caution. Prime Minister Narendra Modi used the blasts to demand votes in the name of terrorism, even when the wounds in Sri Lanka were so fresh. Sri Lankan media was critical of Modi for

One wonders why the tiny Muslim community in the island nation, which is largely affluent, would like to destabilise itself and jeopardise its flourishing economic life by supporting an act of terror. To most observers, it defies logic. Two suicide bombers are sons of a rich businesmman of Sri Lanka. There is little clarity when they got indoctrinated. There is a video too that has been put up on an Islamic State website where all the Sri Lankan suicide bombers are taking an oath in the name of IS self proclaimed Khalifa, Baghdadi.

Some political observers see it as an attempt of the religious chauvinists belonging to the majority community to trigger organised violence against the Muslims.

Despite being a tiny island of 21 million people, Sri Lanka is seething cauldron of radicalisation. Buddhist, Hindu- representing different ethnicities were at war for long years till 2009.

In the past few years new alliances have been forged  between radicalised Buddhist clergy and extremist Hindu organisations that have been running a campaign against the Muslims in Myanmar, Sri Lanka and other countries of the region. The extremist Buddhist Sinhala organisation is Bodu Bala Sena (BBS) which uses the same pitch to delegitimise the Muslims as it is heard in other countries of South and South-East Asia. The rhetoric is that the number of Muslims is increasing and they will soon take over the country. Hence, they have to be resisted.

BBS finds ready support from a radical Buddhist movement in Myanmar led by one Wirathu, who considers himself as the ‘Buddhist Bin Laden’. The Sri Lanka government has been pressurised in the past for not giving a visa to someone who spews venom, but the government that swears by Buddhist religion found nothing wrong in that. The atrocities against the Rohingyas in Sittwe province of Myanmar got endorsement and legitimacy by this nexus. There have been reports of some Hindu groups also being radicalised to take on the threat of Islamic extremism.

To put it mildly, Sri Lanka, which has seen decades of fratricidal violence, seems to be primed for another round of bloodbath. What exacerbates the problem now is that the island has become the arena for the contestation between two Asian super powers: China and India.

China, which has brought in big investment in Sri Lanka to build the Colombo Port City and Hambantota Trust after the war against LTTE ended in 2009, would be troubled by this terror attack in which some of its nationals have also been killed. The Chinese resent religious violence and take great pains to ensure that it does not rear its head in places where they have investments. In Pakistan, where they have invested $60 billion in the China Pakistan Economic Corridor (CPEC), Beijing has reportedly succeeded in dousing every day terror strikes by buying out terror outfits -- many of whom are busy sending their men across to Azad Kashmir.etween

India, which considers Sri Lanka to be falling under its arc of influence, has taken resolute steps to ensure that China’s enlargement in Sri Lanka is contained. Rajapakse, who invited the Chinese to invest in his country, accused India for his electoral ouster and attributed New Delhi’s anger towards him to his growing proximity to Beijing. That may be true, but, in Sri Lanka too, there has been a lot of opposition to the rapidly ballooning Chinese presence in the island and many fear loss of sovereignty. The manner in which the island of Hambantota has been handed over on a long-term lease to Chinese companies confirmed their fears. The religious Buddhist community has been particularly angry with the government on handing over of the Hambantota Port.

The bloodbath will have inevitable repercussions. Rajapakese will stir back into action.  It is hoped that in this time of collective tragedy and mourning, the Sri Lankan government and its civil society, will overcome this moment of adversity and create a scenario of healing, peace and stability. Surely, its neighbours and the international community have to pitch in with all they have.  This is because the wounds of this island nation will have impact on the entire sub-continent. 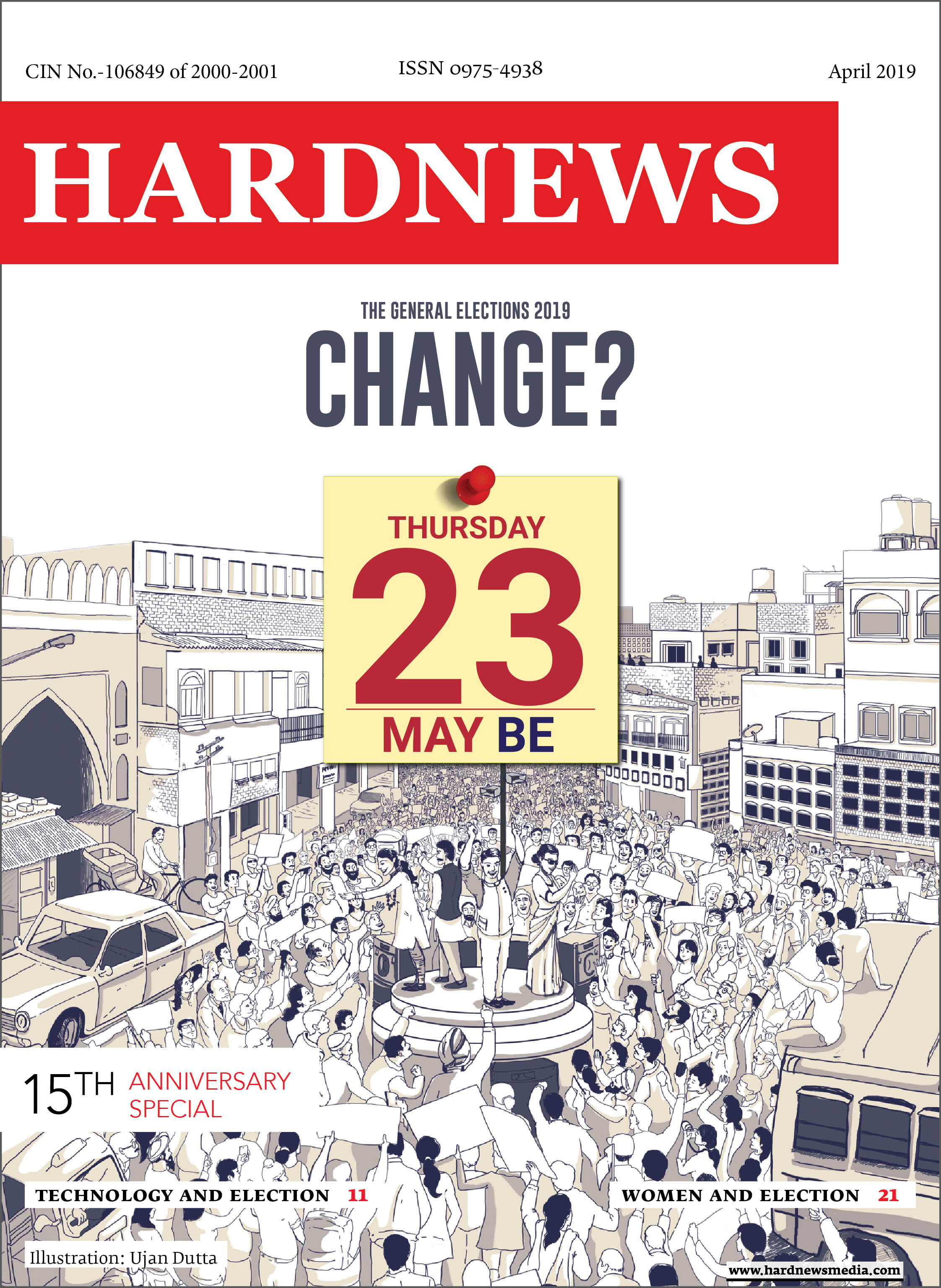