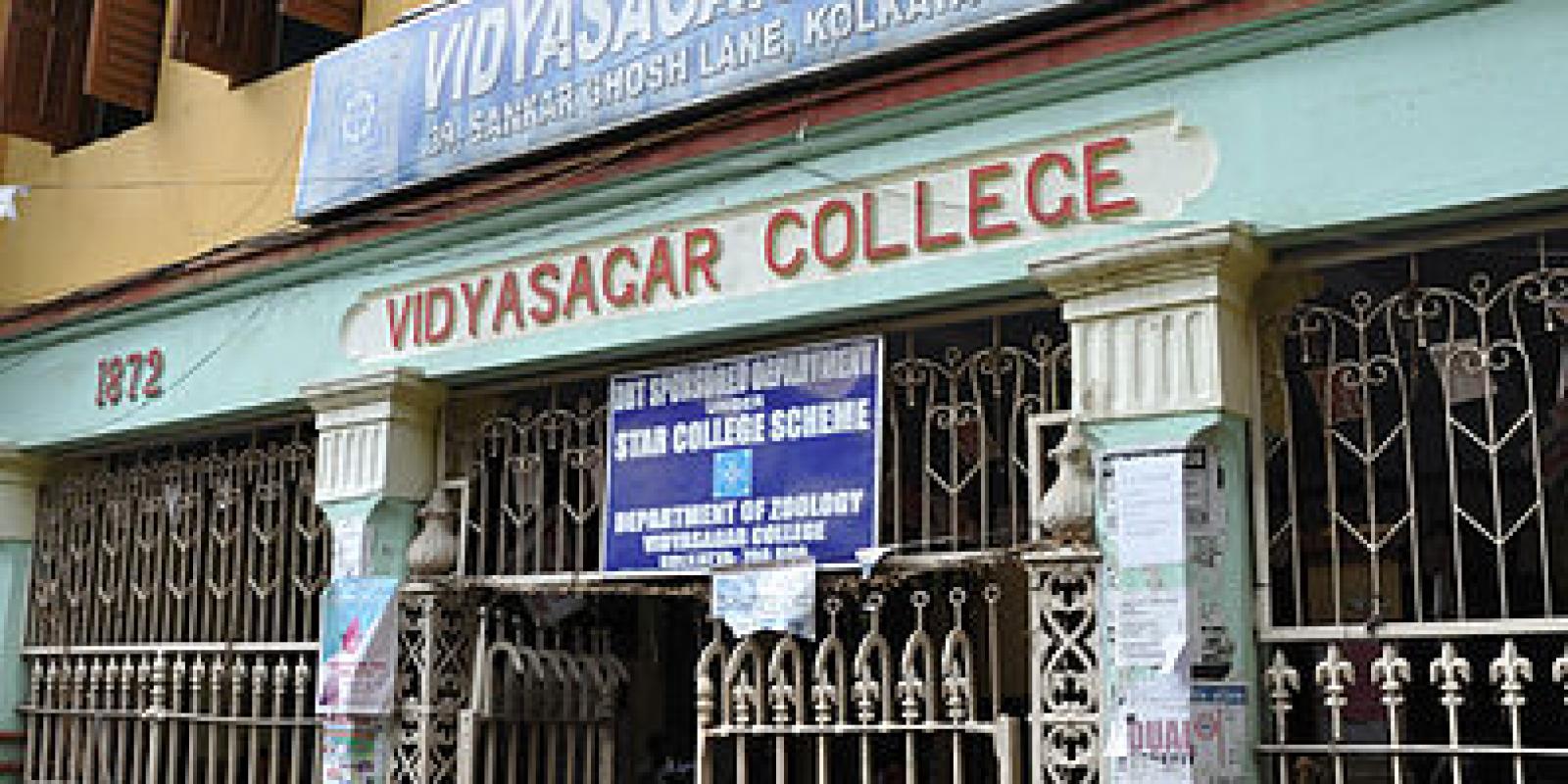 This was a proud, albeit, narcissistic slogan, of an enlightened and educated Bengal during pre-and post-colonial times. The Bengal Renaissance arrived like a storm, as depicted in Utpal Dutt’s film ‘Jhor’ on the life and times of radical thinker and educator Derozio. With the revolutionary movement and political rebellion often moving in tandem with the social reforms movement, and non-conformist forms of poetry, literature, arts and culture, Bengal’s time-present seemed always to be in perfect synthesis with its time-future. Between today and tomorrow, the inner lines and inner spaces seemed eternally blurred, like epical cinema moving in brilliant flashback.

Even during the spontaneous Naxalbari peasant uprising, which gripped the revolutionary imagination of the middle classes and the campuses of Kolkata despite the brutal state repression and extra-judicial killings, the destruction of the statues of Bengal’s icons did not go down well with the people. The intellectual inheritance of the state is deeply rooted in its symbols of social and radical transformation, and the aesthetic and political defiance of ossified, feudal and oppressive structures. It is also rooted in the eternal celebration of great art and culture.

Memory is a daily mirror for most Bengalis, like the gaze outside the window, the smell of crafted cotton saris, second hand books on the pavement, or a stream of music floating from inside a North Kolkata house: old, crumbling and sublime in its original architecture. Indeed, if Bengal thinks today and tomorrow, these icons and memories constitute its being, essence and consciousness

True or false, most Bengalis have grown up with stories inspired from the oral and written narratives of Ishwar Chandra Vidyasagar, Raja Ram Mohan Roy,  Vivekananda, Khudiram Bose, Bagha Jatin, Masterda of the Chittagong armed uprising, young martyrs Benoy, Badal and Dinesh, among others. Bengal is also proud of the brilliant legacy of its versatile poets, theatre legends, genius filmmakers, actors, artists, singers and musicians.

The brilliance of Girish Chandra Ghosh’s non-conformist theatre with celebrated actress Binodini Das, who defied entrenched social norms in late 19th century Calcutta, is still remembered with awe and admiration. Ramkrishna Paramhans and his wife Sarada Devi were among his die-hard fans. Michael Madhusudan Dutt, Bankim and Sharatchandra Chatterjee, Rabindranath Tagore, Satyajit Ray, Ritwik Ghatak, Shakti Chattopadhyay, Jibonando Das, Sukanta, Bibhutibhushan Bandopadhyay and Mahasweta Devi, among other greats, are obsessively preserved and nourished with an enduring aesthetic fascination, though some of them did not follow the normative codes of society.

Memory is a daily mirror for most Bengalis, like the gaze outside the window, the smell of crafted cotton saris, second hand books on the pavement, or a stream of music floating from inside a North Kolkata house: old, crumbling and sublime in its original architecture. Indeed, if Bengal thinks today and tomorrow, these icons and memories constitute its being, essence and consciousness.

Hence, the rvaging of Vidyasagar’s statue in the college founded by the great man in 1872, the violence has struck at the heart and soul of Bengal’s precious inheritance as he fought for girls’ education, rights of women, widows and remarriage, and against child marriage in a deeply conservative society of his times. The morbid vandalism and violence at Kolkata’s famous College Street by Amit Shah’s goons, most of them allegedly brought from outside to do a fake-boost of his road show in Kolkata, will not only become a nail in the coffin of BJP’s communal politics for a long time to come in West Bengal, but it will definitely boost Mamata Banejee’s victory margins in the last phase. Amit Shah should know, as most Bengalis would say, that Bengal is not Gujarat, and the ‘Gujarat model’ will not work here.

This is the last phase of a crucial Lok Sabha polls which will also decide the heart and soul of India’s secular and plural democracy. Most ground reports suggest a probable defeat of BJP, especially in a big state like UP, as much as in West Bengal, Tamil Nadu and much of the South. The videos of the violence in Kolkata prove the desperation of the party; it also reflects the fact that the Modi-Shah duo has few cards left to polarise, while their public discourse has become more and more vicious, meaningless and wayward.

The goons wearing saffron seem to be running amok in Kolkata with not one BJP leader trying to control them. The silent protest with placards at the Vidyasagar College by students saying ‘Amit Shah go back’ was answered with multiple rounds of violence, arson and the destruction of Vidyasagar’s statue. And no one is ready to believe Amit Shah’s contention that the violence was stage-managed by the Trinamool Congress.

Indeed, the attack on a campus in the legendary College Street, which prides itself of several historical educational institutions with a long legacy of excellence, follows similar partisan attacks by BJP’s youth vigilantes on campuses all over the country, overtly and tacitly backed by the current regime in Delhi. Even teachers have not been spared.

Earlier, Lenin’s statue was demolished by a victorious BJP cadre and local leaders in Tripura. In contrast, Vidyasagar’s statue has been destroyed with the BJP facing inevitable defeat in Bengal. Ambedkar and Periyar’s statues have been desecrated earlier in other parts of India. There is a pattern in the madness.

True or false, most Bengalis have grown up with stories inspired from the oral and written narratives of Ishwar Chandra Vidyasagar, Raja Ram Mohan Roy,  Vivekananda, Khudiram Bose, Bagha Jatin, Masterda of the Chittagong armed uprising, young martyrs Benoy, Badal and Dinesh, among others

Surely, Bengal is shocked today. Tomorrow, India will be shocked if Mahatma Gandhi’s statue is desecrated, while his assassin, Nathuram Godse, and terror-accused Pragya Singh Thakur, might be glorified by compulsive Hindutva fanatics. With the BJP-RSS, anything can be possible. They care a damn for protocol, social decency, rationality, dialogue and wisdom.

Indeed, by calling Bengal ‘Kangal Bangla’ (destitute Bengal), Shah has only hurt and insulted the state’s people and generated vicious rejoinders like ‘low life’ etc. Twisting words, pushing the slogan of Jai Shri Ram, which has failed miserably in the Hindi heartland, evoking falsities that religious festivals are in danger in Bengal, Modi and Shah have proved to be using propaganda with not an iota of truth.

Truly, the BJP has been trying to fiddle with a certain communal and xenophobic stream still prevailing in the political unconscious of West Bengal, especially in the borders, tracing its roots to the Partition. The vicious NRC, Bangladeshi, infiltrator, ‘termites’ cards were thus played with a perverse gusto – but that too collapsed miserably.

Indeed, it is quite possible that history might return in the form of the memories of ‘Bengal Renaissance’ to uproot and defeat the BJP. It will thereby teach a lesson to all those who only love hate politics, and who hate all forms of enlightenment, secular culture and education, as well as radical social and political transformation of society.