Howdy Kashmir: When Constitutional Morality has No Takers 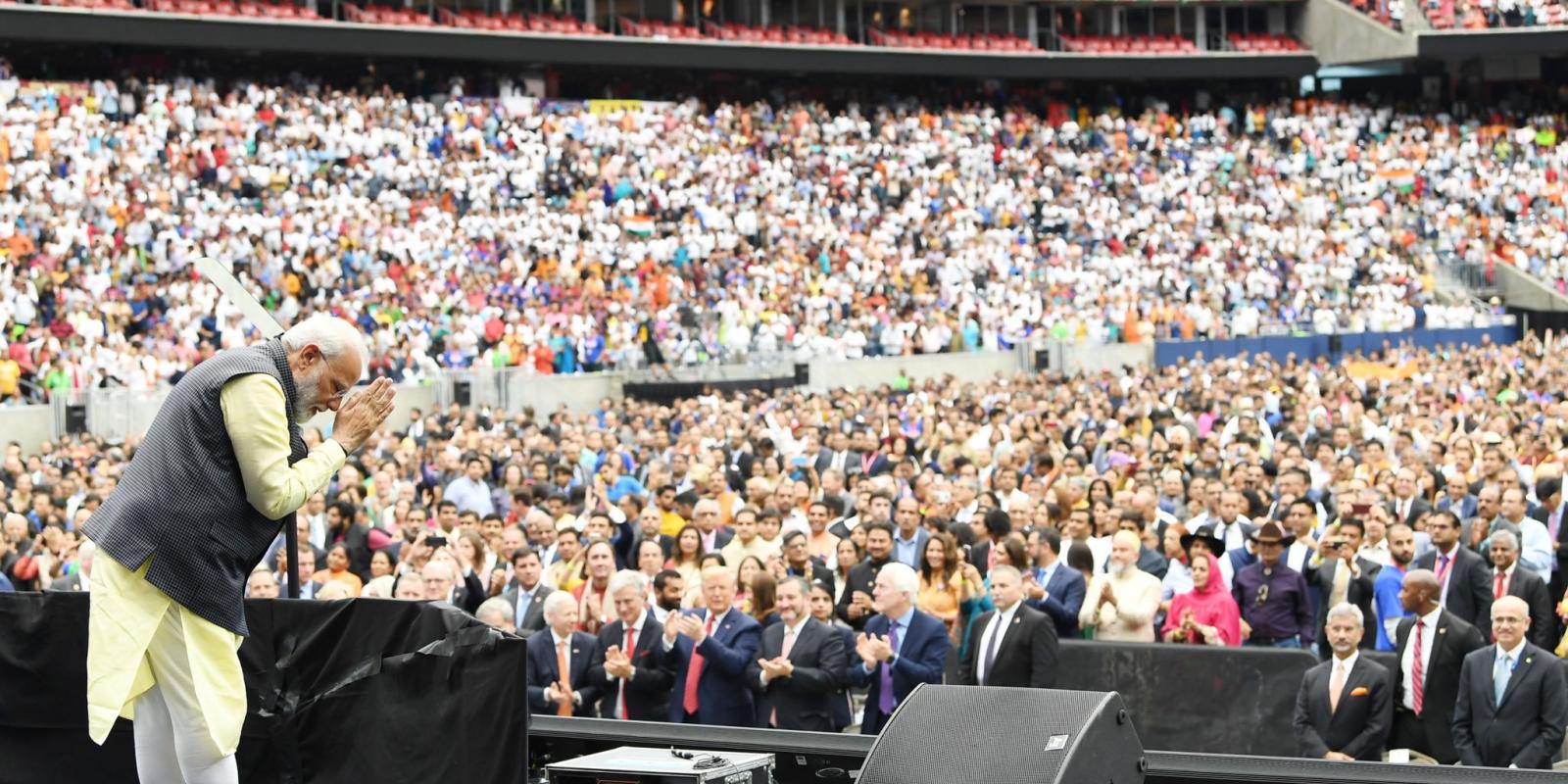 During his high profile meeting with the Indian diaspora at Houston, Texas, which was attended by US President Donald Trump, Prime Minister Narendra Modi grandly said that Article 370 that gave special status to Jammu and Kashmir promoted terrorism and denied people of the state many rights that were available to Indians in other parts of the country. Its abrogation, he said with an expansive use of his hands, had integrated the state and its people with the rest of the country. Modi further informed the gullible and fawning NRI audience, mostly American citizen of Indian origin, that the annulment of the special status provision had the imprimatur of 2/3rd of both the houses of Parliament. In other words, the government had undone a historical wrong.

There are a lot of problems with this submission and the way the Modi government has packaged the entire process of scrapping an old arrangement between Jammu and Kashmir and the Indian state. To begin with, the Indian government did not take into cognizance the simple and indubitable fact that Article 370 cannot be scrapped until there is a constituent assembly. And that after the Constitution of the state was written and sealed, there was no need of a constituent assembly. In short, Article 370 was a burnt chip that could not be re-written.

Late Supreme Court lawyer and former law minister Ram Jethmalani had admonished those who misread and misinterpreted this important aspect of the much-maligned article that was a bridge agreement between India and the people of Jammu and Kashmir. What further cemented the ties was Sheikh Abdullah’s statement that his people had opted for India, despite being a Muslim majority, as it was a secular, socialist and democratic republic.

To simple minds, even the trashing of Article 370 meant ending the bridge agreement that tied India with the border state. The Modi government that fulfilled its own promise to do away with Article 370, did not follow the critical aspect of its electoral promise of consulting stakeholders or deriving a consensus. Displaying arrogance so typical of this government, it not just scrapped the articles that granted special status, but diminished its status into a Union Territory and carved Ladakh out of it as a separate UT. In a federal system, when UTs are legitimately given the states of full-fledged states with its own elected government and legislative assemblies, this was a transparent and crude violation of both convention and protocol, and degradation of an existing norm.

Never before in the last 70 years of our republic’s existence narratives and beliefs about our national life, pluralist history and democratic concerns are being aggressively challenged by a unilateral and xenophobic ideology that has no patience for intellectual engagement, historical objectivity or time-tested rigour.

When it announced these draconian measures, the central government put the entire state in a communication lockdown with a huge number of armed forces posted in every nook and corner with thousands of barricades and check posts. About 10 million phones and internet were shut down and physical movement was restricted across the state, especially in Srinagar. For long it continued to harp on the fact that the valley was peaceful and normal without owning up to the grim and traumatic reality that 8 million Kashmiris have been transported to pre-mobile and internet days for a prolonged and seemingly endless period. A few days later, the government grandly announced that it has restored landlines in the state without telling the world that there are only 1,00,000 landlines in the entire state, including in Jammu and Ladakh, and they too were going off the blink many times. Indeed, locals would testify that the promise of the restoration of landlines was pure rhetoric and did not apply on the ground. Most landlines in Srinagar, for instance, in most of September, remained dead.

It has been more than 48 days since the special status was rudely ended, but the government has not shown the courage to release opposition leaders like Farooq Abdulla or Mehbooba Mufti — besides hundreds of political activists, businessmen, lawyers, youngsters, and school students. If it is so sure of its high moral ground, why is the Modi regime afraid of political leaders and former chief ministers who swear by the Indian Constitution and have stood against terrorists all their lives?  Many of the arrested have been jailed in prisons outside the state without really specifying the crime for which they find themselves detained. Some BJP leaders have cockily claimed that the incarcerated leaders will surely be released before 18 months — the duration of internal emergency in the country in 1975.

Army chief Bipin Rawat dismissed the discomfort of Kashmiris by stating that there is no lockdown and people have closed their shops under the persuasion of the terrorists. Whether it is the PM, his home minister, or the army chief, anyone who is opposing the scrapping of the special status or seeking the restoration of fundamental rights, is brusquely tarred as a Pakistani agent, or, worse, as a terrorist.

If it is so sure of its high moral ground, why is the Modi regime afraid of political leaders and former chief ministers who swear by the Indian Constitution and have stood against terrorists all their lives?

The tendency of the ruling dispensation is to condemn the past even if it has the imprimatur of the Indian Constitution. This has disturbing implications for a society that was brought up on the core values of secularism and accommodation of the other. With the help of a friendly media which has brazenly celebrated government propaganda and fake news, and its vast legion of one-dimensional supporters in the social media, the government cleverly criminalises every belief, even if it has its origin in India’s Constitution. It’s temerity to question the established constitutional morality that guided the Indian republic for all these years has the potential to disenfranchise all those who don’t agree with it, and take India back to a regressive state which can only remind the world of erstwhile banana republics or cold-blooded dictatorships.

Never before in the last 70 years of our republic’s existence narratives and beliefs about our national life, pluralist history, and democratic concerns are being aggressively challenged by a unilateral and xenophobic ideology that has no patience for intellectual engagement, historical objectivity or time-tested rigour.

These are indeed dark times not just for those who are living in an unprecedented lockdown, but also for those whose feel disenfranchised and demonised in the land of Gandhi and Nehru for their beliefs and faith in Indian democracy, as enshrined in the values and ethics of the Indian freedom movement.