Are the Gujarat elections a tipping point? 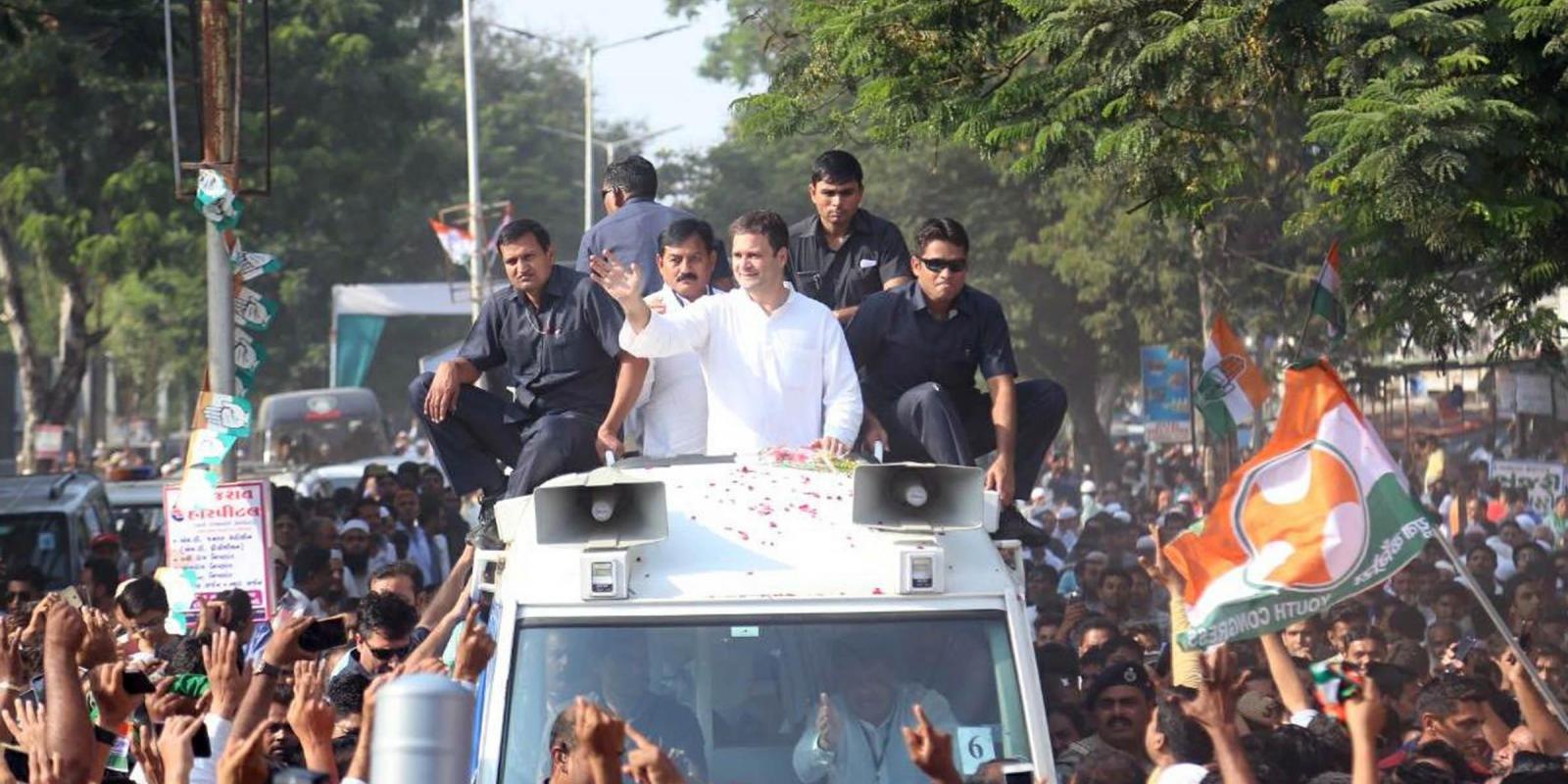 The upcoming elections to the Gujarat legislature promise to either change the narrative or cement it, but even the smallest change can prove deleterious for the BJP which is relying on its deep-rooted party mechanism

A rejuvenated Congress, under the leadership of a reinvented Rahul Gandhi, and along with the help of three young caste-made leaders: Hardik Patel representing the Patidars, Alpesh Thakor of the Other Backward Castes (OBCs) and Jignesh Mewani representing the Dalits, are likely to give the BJP the most formidable fight it has faced in two decades in the Gujarat elections. Even though the saffron party seems to be wrestling with the apparent change in tide, its ground-level cadre and their excellent poll booth management are expected to save the party from defeat in December.

These are the first elections to the assembly since 2001 that the BJP is contesting without Narendra Modi—a name that has now become synonymous with the party in the state—as the chief ministerial candidate. For the BJP, Gujarat, which it has ruled since 1995, holds special significance because it is sold as a shining example of its idea of governance. The state, its growth and development became the poll plank for the 2014 general election: the much touted ‘Gujarat Model’.

A loss for the party in the prime minister’s home state could lead to a drastic change in the narrative, expose possible faults in the Gujarat Model, and change the fortunes for the Congress in other state elections slated before the 2019 general election. The elections, which will be held in two phases, are slated for December 9 and 14. Results will be out on December 18, along with those of the Himachal Pradesh polls.

BJP party chief Amit Shah and Modi, ever since assuming power at the centre, have fought 21 elections in the past three years with an overwhelming success rate. Most states now have a BJP or a pro-BJP government. After demonetisation and the Goods and Services Tax (GST)—the centre’s twin economic moves––were implemented, there is manifest discontent that seems to be growing amongst the voters of Gujarat. Clubbed with anti-incumbency, they pose a serious threat to the electoral fortunes of the BJP. If neither the discontent nor the anti-incumbency cause voters to swing their votes, then the party and its cadre will get a massive boost as they head into preparing for the general election.

On the face of it, things still look peachy for the BJP. Shah has predicted victory with a historic margin, and has claimed that the BJP may get 150 seats. His maths is based on the trends witnessed in the state during the 2014 general election: if the parliamentary seats are disaggregated to the legislature, the BJP was ahead in 165 of the 182 constituencies. What, however, must be said is that the grand victory of 2014 was not weighed down by the double onslaught of demonetisation and GST. Gujarat is largely an entrepreneurial state, and Modi as Chief Minister was viewed as pro-business. But of late Prime Minister Modi has lost his sheen and is viewed with apprehension by the business class. The opposition has succeeded in portraying him as only being favourable for a select group of industrialists.

The BJP is battling more than just anti-incumbency or Modi's absence from state politics. The chief ministers who followed him, both Anandiben Patel and Vijay Rupani, have not been able to fill the vacuum he left. In addition, Shah’s constant intervention in the state's politics has clearly cleaved the party in two.

Ever since December 2016, the Small and Medium Enterprises (SME) of Gujarat have borne the brunt of demonetisation and GST. For instance, the textile and diamond shops in Surat and Ahmedabad, the ceramic industry in Morbi and the industrial spare parts industry in Rajkot are all reeling under the adverse effects of GST. The real estate sector has suffered a major setback following the Real Estate (Regulation & Development) Act and farmers are crying hoarse following low base prices for their agricultural products. Unemployment is at an all-time high despite government-offered feel-good statistics.

The BJP is battling more than just anti-incumbency or Modi's absence from state politics. The chief ministers who followed him, both Anandiben Patel and Vijay Rupani, have not been able to fill the vacuum he left. In addition, Shah’s constant intervention in the state's politics has clearly cleaved the party in two. Without a centrifugal force holding the narrative together, the Congress has been able to tap into the popular disenchantment with the government’s so-called claims about development. One visible sign of this falling narrative is the loosening of the grip that the BJP had on social media. The recent spate of online campaigns by the Patidar community has left the party red-faced. The consecutive success of campaigns such as the popular Vikas Gando Thayo Chhe (vikas has gone crazy) has caught public imagination. The BJP strategy is to carpet-bomb the electorate with development rhetoric but this is the first state where the BJP has had to play a completely defensive card.

In 2012, out of 182 seats, the BJP won 115 while the Congress bagged 61. Cities like Ahmedabad, Surat and Vadodara contributed to the BJP’s victory. Out of 42 urban seats in Gujarat, the Congress did not have more than five, reflecting that the middle-class urban vote went to the BJP. Interestingly, of the 47.9 percent overall vote share that the BJP won, urban voters alone constituted 60 percent.

The Congress is facing its own set of issues. In August, of the 61 MLAs that the party had, it lost 14 to its rebel leader, Shankersinh Vaghela, who has now floated his Jan Vikalp party that is indirectly supporting the BJP. This makes the chances of a fourth consecutive loss for the party in Gujarat a reality. However, Bharat Sinh Solanki, the Gujarat Congress president, begs to differ: “This time the mood is different.” However, BJP president Jitu Vaghani told Hardnews that despite the wrong propaganda pursued by the Congress, Gujarat trusts the BJP and will prove it in the assembly elections.

Congress leader Shaktisinh Gohil, who clinched the crucial victory for Ahmed Patel in the Rajya Sabha elections, says that the BJP has failed in Gujarat. The fact that Prime Minister Modi has visited Gujarat six times in four months reflects the desperation of the party. Gujarat is going for a Navsarjan, he says.

Rahul’s new confident and assertive mood has given the Congress the much-needed momentum and boosted the party’s morale.

A 2017 victory for the Congress could further rejuvenate the party for an even better performance in the multiple state elections due in 2018 and the 2019 Lok Sabha polls. All it needs is a six percent swing and that could upset the BJP applecart.

However, the BJP has solid booth management and ground-level cadre. At least 48,000 committed workers work round the clock acclimatising to the voters they are in charge of. And Modi being a son of the soil is an aspect that will help the BJP.

But it is certain that the Gujarat elections will see the best ever fight given by Rahul in his political career yet and it remains to be seen whether his fight translates into votes and victories for the Congress. Gujarat is one of India’s most polarised states and if the development rhetoric does not work, there is always Hindutva to fall back on. And this is what the BJP’s strategy to win Gujarat in 2017 is about.